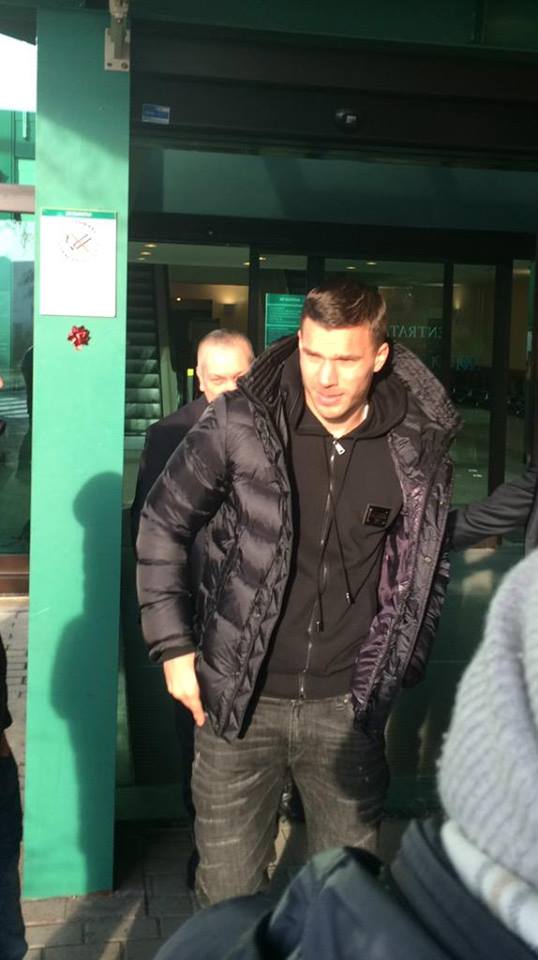 Gianluca Di Marzio is arguably the most reputed journalist in Italy when it comes to believing in transfer moves. The trusted and reliable website have now reported that Lukas Podolski has now completed his medical before his six month loan move to Inter Milan is confirmed. They have also given a photo of Podolski leaving the clinic after his medical.

The German arrived at Clinic Humanitas around 8 am and the medical checkups were complete by 9:45 am Italian time. Podolski arrived in Milan last night and is set to join the Nerazzurri till the end of the season. Manager Roberto Mancini believes that the 29 year old can help the San Siro side to guarantee a Champions League berth for next season.