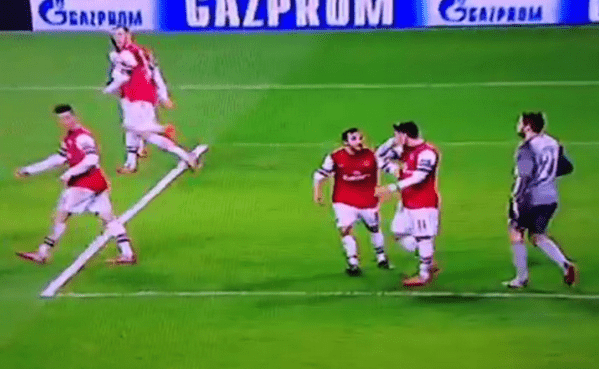 Arsenal suffered a 2-0 defeat against Bayern Munich at the Emirates last night in the first leg of the Round of 16 Champions League tie.

Record signing Mesut Ozil had a shocker of a match. The German missed a penalty but more than anything else his commitment and body language has been questioned on Twitter.

Last night during the match, Ozil had a heated argument with Mathieu Flamini on the pitch. In the video we can see that Flamini has been shouting at him, while the Greman pushes him away.