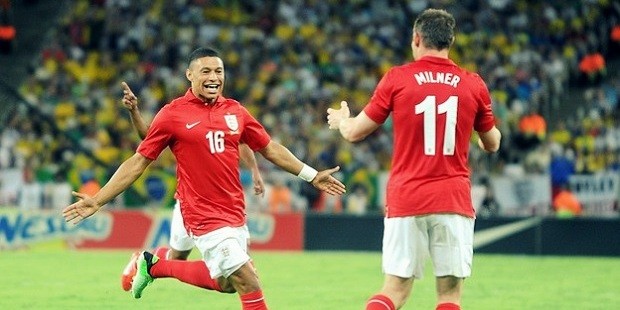 Alex Oxlade-Chamberlain produced the most important performance of his young career to date on Sunday night; a promising, exciting half hour cameo in England’s 2-2 draw with Brazil at the Maracana.

The 19-year-old, who along with Jack Wilshere, Phil Jones and Wilfred Zaha is touted as the most promising young English player of his generation, was utilised in a central midfield role, and he added pace and imagination to an area previously lacking both, with Michael Carrick and Frank Lampard both solid but unspectacular.

Within six minutes of coming on the Arsenal man had produced a moment that he will still remember vividly well beyond the end of his career. After some neat footwork in the middle of the park, a combination of Lampard and Wayne Rooney set up Chamberlain to rifle the ball past Julio Cesar.

On the same pitch that his father had graced for England 29 years earlier, the 19-year-old wheeled away in delight, savouring a moment that could kick-start his career after a disappointing year domestically.

Now we all know what the England fans and media can be like between them. If we’re not careful the whole country is now going to tip Ox to be the best player in the world one day, pinning our hopes on him for future tournaments and over-hyping him like we do with many of our elite sportsmen.

The truth of the matter is that, while he is undoubtedly a terrific prospect for both club and country, he is nowhere near the level of some of the players emerging of a similar age to him across the globe.

Young stars like Neymar, Isco, Mario Gotze, Lucas Moura and Julian Draxler are going to be the truly world-class players of this generation, among others, while Chamberlain will not. Even Wilshere, the most promising England youngster without question, is not in the same league as the aforementioned players.

That said, Ox’s performance on Sunday showed many people a side to his game that they didn’t realise he had in his armoury. Those who have followed his development closely over the years will tell you that he was invariably deployed centrally in the England youth ranks, and he excelled with his pace, vision and ability to score from midfield.

Those who perhaps aren’t as familiar with him have seen him used mainly in the ‘graveyard shift’ for England on the left wing, with Arsene Wenger using him similarly at Arsenal. Although he has the attributes to be a threat in that role, he doesn’t look like a natural footballer playing out there.

Some compare him to his domestic and international teammate Theo Walcott, which is both a compliment and a criticism. He is seen as very quick and dangerous, but lacking a football brain when it comes to making key decisions on and off the ball. This is simply not the case.

Chamberlain is a far more talented player than Walcott, who simply doesn’t have the passing range and awareness of his young compatriot. At times, Ox has looked like a headless chicken when playing out wide, but he proved his class in his preferred role against the world’s most iconic football team, at one of the world’s most intimidating grounds to play at. 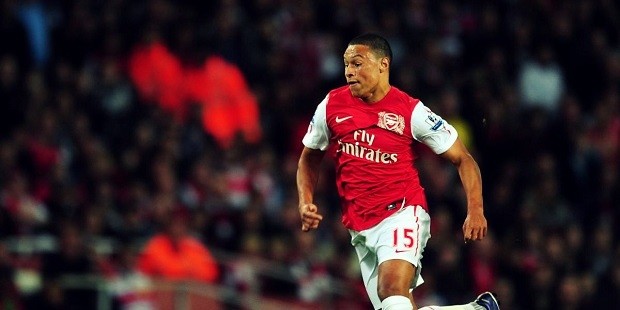 The hope is that Chamberlain’s display will have two major positives for the future. Firstly, it should have given him the belief and confidence to kick on and realise his potential, and secondly it may make Wenger play him more often, and in the position that he craves to play in.

If he can enjoy a good season at the Emirates next year, in this role, he could prove to be an important player for Roy Hodgson’s side at next summer’s World Cup, assuming they qualify.

After a shocking first half performance from Hodgson’s men, there were a few encouraging signs after the interval. Although I still believe Hodgson is leading England into a downward spiral until his inevitable sacking at some point in the next couple of years, his decision to bring Ox on in a central midfield role was a good decision which paid off handsomely.

The 19-year-old is a talent, but let’s not get carried away about him.