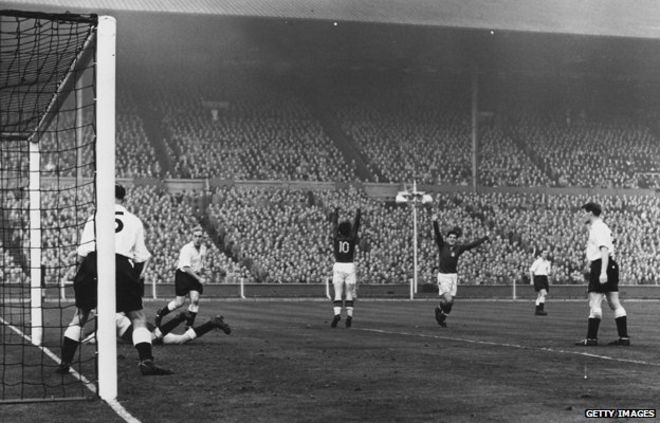 On this day in 1914, following the outbreak of World War I, 16 members of the Heart of Midlothian squad enlisted for military service, thus becoming the first British club to support the war effort in such large numbers.

Britain officially entered the fray in August by declaring war on Germany but football continued for the 1914/15 season. With Rugby and Cricket suspended, footballers faced the wrath of many big personalities of that era for being “effeminate” and “cowardly” while others risked their lives on the frontlines.

Meanwhile, Hearts had won eight successive games in the beginning of the 1914-15 season. By November 1914, each and every member of that Hearts squad had joined the British Army. This was a very significant moment in the lives of footballers during WW1 as several followed suit drawing inspiration from the brave Hearts players.

Seven members of that squad never returned to Edinburgh. Duncan Currie, Harry Wattie and Ernie Ellis were killed on the first day of the Battle of Somme. Paddy Crossan, a 22-year-old defender, was hit by shrapnel on his leg and was labelled for amputation. A German POW was supposed to perform the operation but Crossan pleaded with him and his legs were spared. After returning to Britain for recovery, he went to battle again in the Sinai and Palestine Campaign. After the war, he played six more seasons for Hearts.

England dismembered by the Hungarians

The Mighty Magyars were then the world’s No.1 ranked team with an Olympic gold medal to their name and on an unbeaten run of 24 games. This was England’s first defeat at home since losing to Ireland in 1949. Hungary’s strength was evident from the beginning as Nandor Hidegkuti put his side ahead inside the first minute.

Hidegkuti scored a hat-trick while a brace from the legendary Ferenc Puskas and a goal from Jozsef Bozsik brought Hungary’s total to six goals. England’s goals came from Jackie Sewell, Stan Mortensen and an Alf Ramsey penalty.

Liverpool bring out the Red

On this day in 1964, Liverpool played in their iconic all red kit for the first time in a match against Belgian side Anderlecht in the second round of the European Cup.

Following their founding in 1892, Liverpool donned blue and white on their kits. The club formally adopted red and white four years later. The club continued with this colour scheme until 1964 before Bill Shankly called for a more ‘intimidating’ kit.

Ron Yeats was apparently the first Liverpool player to model the new all red home kit. Shankly was recorded as saying: “Christ Ronnie, you look awesome, terrifying. You look 7ft tall!.” To which, striker Ian St. John commented, “Why not go the whole hog, boss? Why not wear red socks? Let’s go out all in red.”

The boss approved of this idea so when Yeats headed out of the tunnel, Shankly said, “Jesus Christ, son. You look bloody massive. You will scare them to death.”

Perhaps there was some truth in Shankly’s observation as Liverpool won 3-0 with St. John and Yeats both among the scorers.

On this day in 2005, Manchester United and Northern Ireland legend George Best sadly passed away from years of alcohol abuse.

Best was admitted to the ICU at the Cromwell Hospital in London because of a kidney infection. The infection was caused by the drugs used to prevent his body from rejecting a liver transplant. The doctors stopped treatment on 25 November as Best’s health was beyond saving. He later died that day aged just 59.

Widely regarded as the greatest player to ever play for Manchester United, Best’s flamboyance on and off the pitch inspired a generation of footballers including Diego Maradona and Eric Cantona among others.

“George inspired me when I was young. He was flamboyant and exciting and able to inspire his teammates. I actually think we were very similar players – dribblers who were able to create moments of magic,” said Maradona.