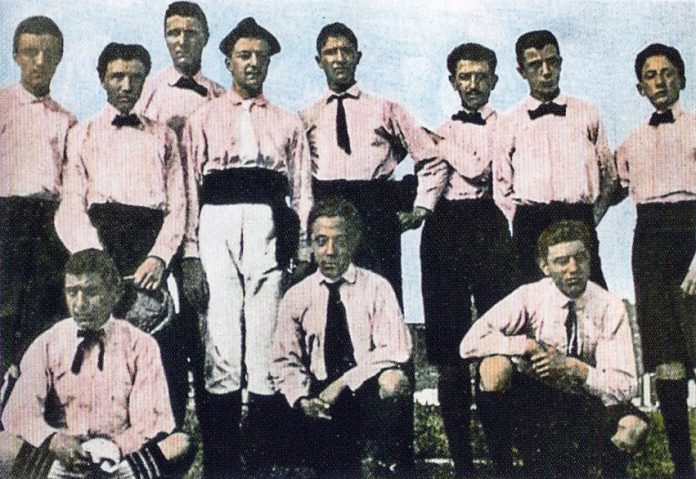 On this day in 1897, students from the Massimo D’Azeglio Lyceum School in Turin formed a football club called Juventus.

The young students went through a long list of names which included the likes of ‘Iris Club’, ‘Società Massimo d’Azeglio’, ‘Società Polisportiva Augusta Taurinorum’ and ‘Vigore Robur’ among others before settling on ‘Juventus’ which means ‘youth’ in Latin.

The brothers Eugenio and Enrico Canfari played a pivotal role in the club’s running in the early years. Eugenio presided over as Juventus’ first president before Enrico took over in 1898. The same year, the Italian Football Federation was founded which for some reason, Juventus did not join.

They did however get affiliated two years later before winning their first league championship in 1905. By this time, the club had abandoned its original pink and black colours for the iconic black and white stripes, inspired from the English club Notts County. Since then, Juventus have become the most successful football club in Italian football history. In addition to the most number of Scudettos, the club also has two European Cups to its name.

On this day in 1906, the England amateur football team marked its first match by an emphatic 15-0 win over France in Paris.

Played at Parc des Princes against the senior French national side, the amateurs were 6-0 up by half time. Stanley Harris scored seven goals while Vivian Woodward netted four in the match to make it 15-0 for England. So good were the amateurs, that they remained unbeaten in 20 internationals between 1906 and 1910.

England amateurs were dissolved in 1974 after the Football Association stopped making distinction between amateurs and professionals.