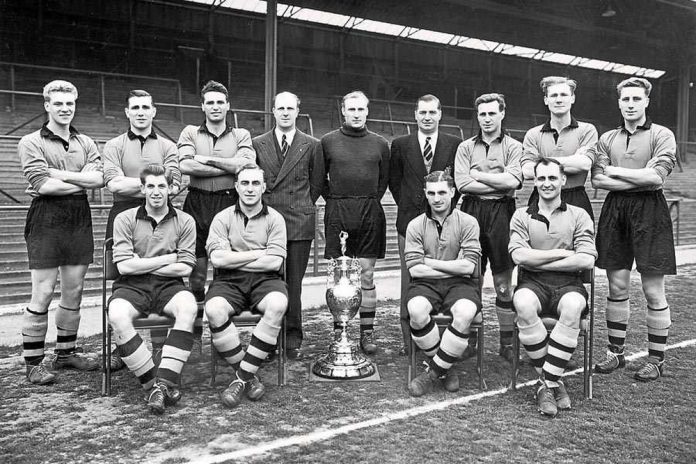 On this day in 1954, Wolverhampton Wanderers won their first ever top flight title with a 2-0 win over Tottenham Hotspur.

Wolves had come very close to winning the First Division on three separate occasions in 1938, 1939 and 1950 but finished runners up at the end of all three campaigns. The 1953-54 season saw them go neck and neck against West Bromwich Albion. The final fixture of the season seemed decisive as Wolves only had a two point lead over West Brom.

Wolves hosted Spurs at the Molineux while the Baggies were down south at Portsmouth.

Playing in front of a 44,000-strong crowd, Wolves were put ahead by Roy Swinbourne in the 18th minute. He scored again in the 68th minute as Wolves persevered until the final whistle to seal the league title.

On this day in 1954, Liverpool were relegated from the First Division following a 3-0 defeat against Blackpool.

Signs of a disappointing season were apparent from the beginning. The Reds had lost five of their opening eight games and hit rock bottom in December after a humiliating 5-1 loss against bitter rivals Manchester United.

Relegation was guaranteed following a defeat against Cardiff City at Anfield. A win in their final match against Blackpool would have put them above Middlesbrough on the table but The Seasiders registered a handsome 3-0 win.

The Merseysiders would languish in the Second Division for eight years.