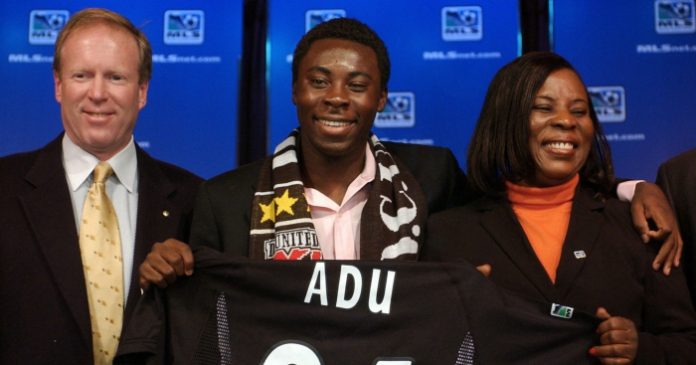 On this day in 1937, Scotland hosted England at Hampden Park in Glasgow for the last game of that season’s British Home Championship in front of a record crowd of 149,415.

The two countries had already lost the Championship to Wales who had won all of their three games in the competition and were instead battling for second place. Rangers legend Bob McPhail scored a brace as Scotland beat the Three Lions 3-1.

The officially recorded crowd of 149,415 was world record for a football game at that time and remains the all time highest attendance for a European football fixture. It was beaten in the 1950 FIFA World Cup when Uruguay beat Brazil at the Maracana in Rio de Janeiro. According to official FIFA numbers, the match was witnessed by 173,850 fans.

The DC United youngster was brought on to the pitch as a sub for Alecko Eskandarian in the 54th minute in the match against MetroStars. The Ghana born US attacker slotted the ball home from six yards out in the 75th minute to score DC’s second goal of the night. Unfortunately for the youngster, the match ended 3-2 in favour of MetroStars.