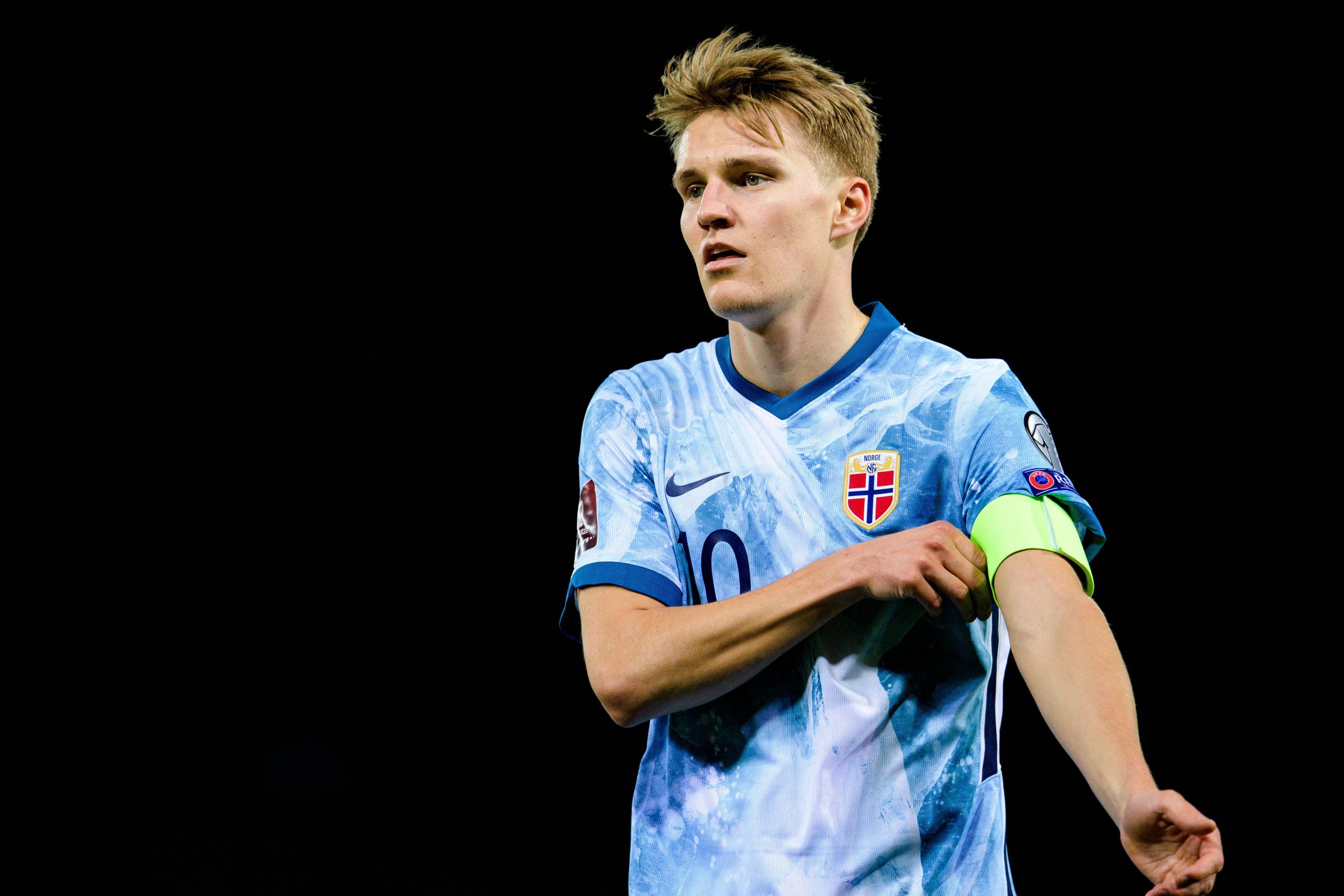 Norway manager Stale Solbakken has said that Martin Odegaard has not suffered a serious injury, and the on-loan Arsenal star could be available for the country’s next World Cup qualifier against Turkey on Saturday.

Odegaard captained his national team for the first time in his career against Gibraltar, but he could not play the full 90 minutes. The 22-year-old twisted his ankle six minutes before half-time and was substituted at the break.

Speaking after the 3-0 triumph, Solbakken said that Odegaard’s injury is not serious, and he may play Saturday’s World Cup qualifier against Turkey in La Rosaleda.

“It is not a serious injury. I have big hopes that Martin will be fit for the game against Turkey on Saturday,” he was quoted as saying by The Mirror.

Meanwhile, Odegaard also provided a positive update and said that he could face Turkey, who registered a stunning 4-2 win over the Netherlands.

He said: “I twisted my ankle, but I think I will be fit for the game on Saturday.”

A selection of Arsenal fans on Twitter reacted to the update, and a few believe the playmaker should return to the north London side after the injury scare.

As soon as I saw his name trending I was expecting to click through and see some sort of injury concern.

Hopes to what? He should be back at London, Colney by now.

Noo, he should send him back to London

Odegaard joined the Gunners on loan from Real Madrid in January and has since been a regular starter for the club across all competitions.

He made a slow start to his career but started to find his feet before the international break with multiple match-winning displays.

The Norwegian scored against Olympiacos and Tottenham Hotspur and was pivotal to the club’s 3-3 draw at West Ham United from 3-0 down.

The 22-year-old remains key to their qualifying prospects for the Champions League, and the fans will be relieved that Odegaard has only suffered a minor injury concern.

Read: Arsenal forward to miss World Cup qualifier due to a hamstring concern.