It was as if a fuse had been lit when the full time whistle blew on Arsenal’s dreadful home defeat to Aston Villa on Saturday. Those still sat in disbelief, as the majority of the Emirates stadium dissipated into uncomfortable nothingness, made their feelings heard, as yet another crisis descended onto Arsene Wenger’s lap. And while Wednesday’s uplifting 3-0 victory over Fenerbahçe has all but assured passage into the Champions League group stage, the old issues still remain, festering like an old wound.

Whispers of a great treasure just waiting to be spent by the inveterate Frenchman have, quite familiarly, come to very little, and the natives are growing restless.

The question remains: ‘With the economic dynamism shown by the likes of Man City and Chelsea only increasing by the year, where is Arsenal’s attempt at keeping pace?’

Just down the road from the Gunners, a very different question has formed for Tottenham Hotspur; ‘if/when Gareth Bale departs, what changes will be made to counter-balance his loss?’

With new signing, Roberto Soldado showing that the Welsh superstar is not the ‘be all, end all’ at Spurs; the stage is set for one of the most critical questions in Spurs’ recent history to be answered.

Two questions spawned from different circumstances, but both will be definitively answered in the coming weeks. 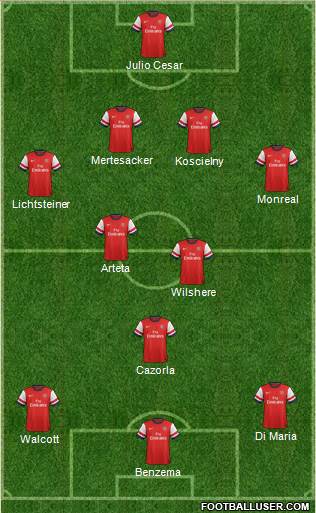 Taking into account the strengthening process almost all of their direct rivals have gone through this summer, and the dismal experience against Villa on the weekend, it is clear that Arsene Wenger must dip into the coffers. Key areas on the pitch are in dire need of a tune up, and most importantly, the Frenchman must address the issue of a shallow squad.

Wenger was blunt on the subject after the win over Fenerbahçe on Wednesday, and he admitted that Arsenal still had a lot of work to do in the transfer market,

“Quality wise we do not need, but numbers wise we are short,” Wenger said.

“We lost Arteta and Diaby. We are without three international midfielders. We will try and bring one in but we are working on that. What you have to understand is that there is still a long way to go.

“The transfer market really starts now, a lot of activity will happen between now and 2 September. We have 12 days. A lot will happen. It starts now.”

A new goalkeeper must be of paramount importance for the club. Julio Cesar has long been linked with a move to the club, after suffering the ignominy of relegation with the flailing QPR. His would be a low cost acquisition (right up Wenger’s street), and would provide proficient, international experience between the sticks.

Rumours of a £12m bid for Juventus’ buccaneering left-back, Stephan Lichstiener have surfaced over the last week. The 29-year-old Swiss international would be an excellent addition to the backline, and would ease the pressure on a waning Bacary Sagna.

Karim Benzema and Angel Di Maria are the latest big names to be linked with the Gunners, and either one would be a shrewd acquisition. The fleet-footed Di Maria, with a devilish penchant of cutting in and joining the throng, coupled with his devious crossing ability from wide areas, would give the Gunners much needed, natural wide talent. Lucas Podolski, while utilized out wide many times during his career, is more of a striker than a provider; that with Walcott’s striking instincts over on the other side, a natural winger would be an excellent addition to the team.

With 20 goals and 19 assists for the Spanish giants last year, Benzema could well deliver the goods in the Premier League. With Arsenal’s pursuit of Suarez over, according to Wenger, Benzema’s signature would go a long way in appeasing the fidgety Gunners fans. His pace and power would certainly complement the trickery of Arsenal’s more creative faucets, and at 25-years-old, time is certainly on the side of the former Lyon man.

This issue may come down to Madrid’s willingness to part with two big name players; and a certain Welshman’s movements may have serious connotations for the Gunners on this front. 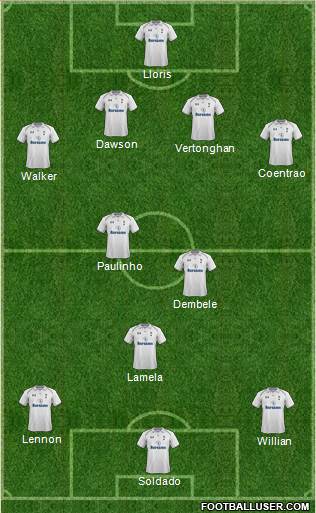 With a reported £85m+ transfer fee to be received impending Gareth Bale transfer, Tottenham have already embarked on a dramatic reshaping of their first eleven, which has been the most expensive spending spree in the club’s history.

Spurs have been splurging on a spot of ostentatious redecoration. With the signings of Soldado and Paulinho totalling over £40m, boss Andre Villas-Boas is looking to secure deals for three more high quality players to give Spurs a seriously menacing exterior.

Brazilian Willian looks to be the first, for a club record fee of £30m from a decidedly self-destructive Anzhi Makhachkala. Erik Lamela, Roma’s 21-year-old attacking midfielder could also follow, filling a crucial void behind the striker, a void which the departed Clint Dempsey, and former Reading loanee, Gylfi Sigurdsson have not adequately filled. Real Madrid’s Fabio Coentrao is mooted to be involved in the deal to take Bale to the Bernabeu, and his would be also be a decent signing.

Indeed Villas-Boas admits the frenetic transfer merry-go-round is becoming hard to keep up with, and that the Bale saga has been the catalyst,

“Ideally we want to keep everyone to make us stronger – that is the ultimate objective of the club,” the Spurs manager said.

“In the end, anything can happen. We are dragging ourselves into the last weeks of transfer activity and it can become very, very frantic.”

With both North London clubs still very much in the thick of it, the entertainment value of the last few weeks of the transfer market will surely remain high. With contrasting situations, Arsenal and Tottenham are leaving it late to complete their upgrading process. But any dealings will continue to centre around the whims and decisions of two men for the respective protagonists; Arsene Wenger and Gareth Bale.

Or check out my Blog: http://goodbadribery.blogspot.hk