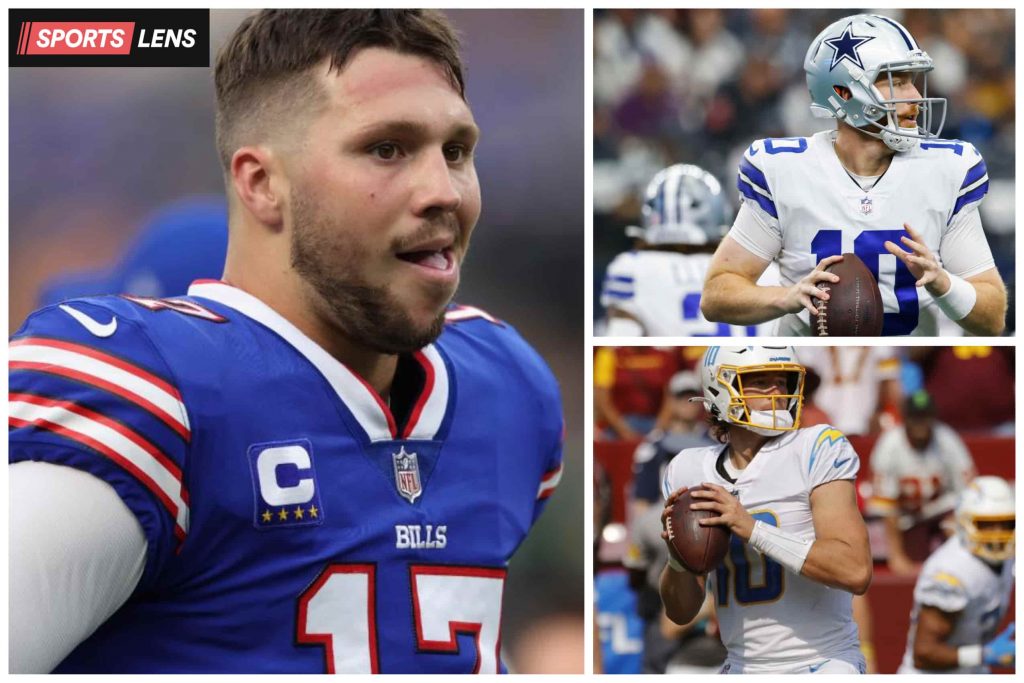 Week 4 concludes with the 49ers’ clash with the Rams on Monday, but we are taking a comprehensive look at the biggest talking points following an enthralling game week in the NFL.

Buffalo Bills are expected to have a storming season this year, and they showed their resolve in a monumental 17-point comeback against the Baltimore Ravens over the weekend.

Led by the ever-imperious Josh Allen, the 26-year-old registered a 22nd career game with at least one pass and rush touchdown; in terms of first five seasons in the NFL, this is second only to Cam Newton who had had 31 by 2015.

He also has 147 career offensive touchdowns, and in doing so moves level with five-time MVP Peyton Manning for the fourth-most in a player’s first five seasons in NFL history.

We started with one of the biggest winners of the week and quickly move on to the biggest losers.

As mentioned, the Baltimore Ravens blew a commanding 17-point lead against the Bills making it a second consecutive home game where they have seen a big lead slip out of reach; the Dolphins overturned a 21-point deficit in the second week of the season.

Rather incredibly, they also set another less than favourable record as the first team since play-by-play data was introduced to be drawing or winning, have the ball within the opponent’s 5-yard line and then see the ball turnover and fall to defeat without regaining possession.

With the Cincinnati Bengals up next in Maryland, the Ravens faithful will be praying its third time lucky at the M&T Bank Stadium.

Three weeks ago, an opening loss the Buccaneers and a thumb injury to Dak Prescott left Dallas fans fearing for the worst.

Fast-forward to now, backup QB Cooper Rush has not only deputised with aplomb, but also became the Cowboys’ first quarterback in the NFL to win each of his first four career starts after their 25-10 over the Commanders. He also did it with a passer rating of 90 or higher in each of the victories.

Cooper Rush becomes the first QB in Cowboys history to win each of his first four career starts. pic.twitter.com/OkL5bBZlya

While Prescott is likely to take back his starting position when he returns from injury, there is no denying the Cowboys have incredible depth at QB and are 3-1, behind now only to a domineering 4-0 Eagles side in the NFC East.

Name a Better Love Story Than Justin Herbert and 300-yards

The 24-year-old goes from strength to strength week on week. He has now hit the 300-yard passing mark in seven consecutive games on the road, which is the second-longest run behind only to Rich Gannon in the early 2000s.

It was also the 19th game he has reached 300 passing yards, in the process moving level  with Andrew Luck for the most within a player’s opening three season in the league.

Check out our guide to the best NFL betting sites ahead of Week 5.