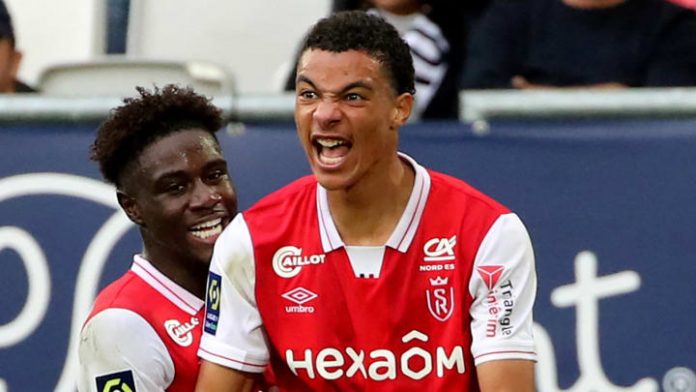 Newcastle United are reportedly edging closer to completing the signing of Hugo Ekitike from Stade Reims.

Sensation for the Champagne club, the young 19-year-old striker could fly to England this winter. Reims would indeed be on the verge of hitting the jackpot.

Hugo Ekitiké’s story could become an incredible on in the coming weeks.

A product of the Reims academy, this young striker who is barely 19 years old is one of the revelations of this season 2021/2022 of Ligue 1. With 8 goals in 17 league matches, the number 22’s performances have stood out.

Able to score against teams such as Marseille and Lyon, the teenager revealed that he would love to enjoy a similar career trajectory to that of Kylian Mbappe who also had a similar start to his career when he was at AS Monaco.

English media outlets Sky Sports and 90min both claim that Reims and Newcastle are discussing intensely about the transfer of the Champagne talent. And obviously, Reims are on track to hit a hell of a jackpot. The two media sources indicate that Reims could sell their talented starlet in exchange for a check of 35 million euros.

With a whole new financial windfall since their takeover by the Saudis, the Magpies, who have already completed the transfer of Kieran Trippier, hope to conclude that of Ekitiké this week, before the match against Watford.

While they are in the process of embarking upon the most expensive reinforcement drive in their history (Jens Cajuste for 10 million euros), the leaders of Reims could conclude in the same week the biggest sale of their history.

For Newcastle, the youngster would represent a long-term investment. While he might not have a lot of games under his belt, Ekitiké is destined for the top as looks to finally arrive in England.