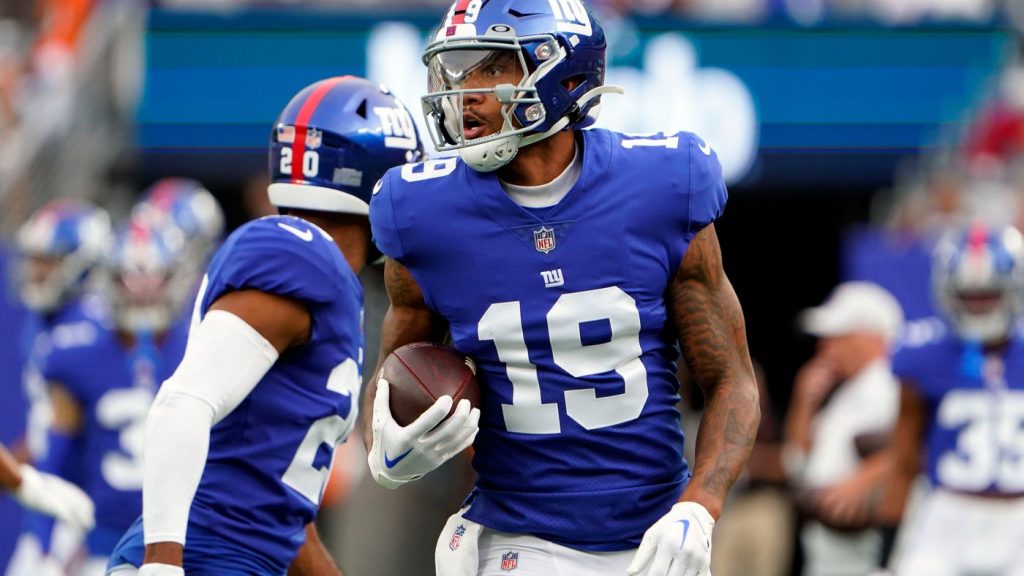 Kenny Golladay has expressed his concerns about the lack of play time he is currently receiving, as the WR played just two snaps on Sunday during the Giants’ 19-16 win over the Carolina Panthers.

The Giants may remain undefeated this season however there is unrest in the side’s camp, as Golladay remains confused at the lack of game time he is getting. Speaking after the second game of the season, the WR hopes that next week will be different.

“Nah, I think it’s probably going to be a little different, but like I said, I really, I still really don’t know. I’m preparing like I’m going to be playing, but who knows.”

Golladay has caught 29 passes for 543 yards in 16 games since signing for the Giants in 2021, however the WR has never made a touchdown for the New York side.

“I should be playing regardless,” Golladay said on Wednesday, via SNY. “That’s a fact.”

“I should be playing regardless … That’s a fact.” – #Giants WR Kenny Golladay

Instead of playing their highest paid WR, the Giants coaches have opted for lesser known and less experienced players such as Richie James, David Sills, Kadarius Toney (who has caught two passes, but gained zero yards) and Wan’Dale Robinson.

28-year old Golladay is the highest paid WR for the Giants, who spend more in that position than any other team in the league despite only having five touchdowns from the spot since 2017.

the New York Giants, at 5 TDs

and now they're the most expensive WR room in the NFL 😂

When questioned about whether his lack of playing time was due to some form of punishment, Golladay answered with certainty that it wasn’t.

“No, I mean that’s what I said, the GM, head coach, all these coaches keep saying ‘you do everything right, you handle yourself the right way.’ So like I said, it’s a little confusing.”

The star Wide receiver will be hoping to get more game time next week however will have to wait until Tuesday to prove himself when the Giants take on the Dallas Cowboy’s in game three.