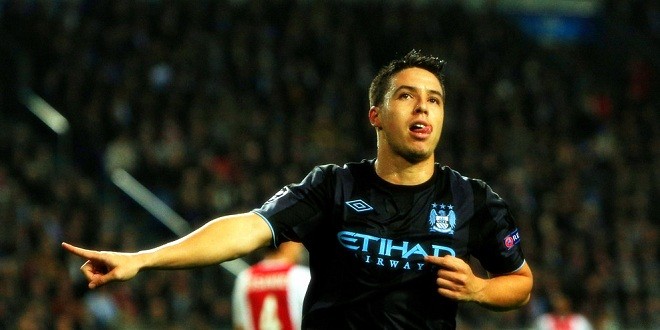 Samir Nasri might not be a popular figure among the Arsenal fans (which he admits as well) but the French midfielder has immense respect for Arsenal manager Arsene Wenger.

Nasri, in an exclusive interview with Henry Winter of The Telegraph, spoke about his childhood, Wenger, Mourinho, Mancini, current state of France and many other things. 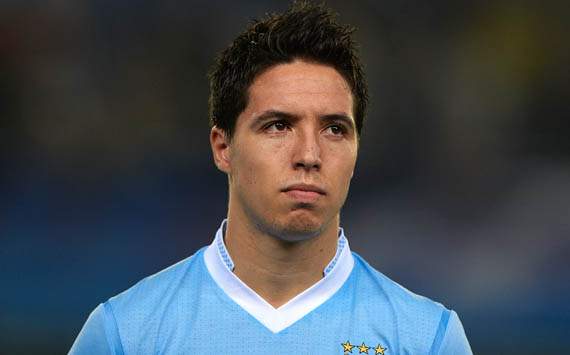 Nasri was signed by Wenger in 2008 for £15.8m from Marseille. The 26-year-old spent three wonderful seasons at the club before joining Manchester City in 2011-12.

“Arsene is my football father. He took me from France, made me the player I am, made me believe about my quality. He was great for me,” he said.

While Arsenal may have lost the ground in the title race and are fighting to finish in top four, the Gunners can end the season on a high, if they win the FA Cup this season. Nasri says he wants the Londoners to win the trophy for their manager.

He added: “I might have a problem with Arsenal fans because of the way they treat me but I just want Arsene to win a trophy because he doesn’t deserve everything that has been said about him.”

Nasri further adds that he is a big fan of Chelsea manager Jose Mourinho. However, he expressed his opinion that the Portuguese went too far when he claimed earlier this season that Wenger is a “specialist in failure.”

“I am a big fan of Jose Mourinho. I like him when he goes into the press conference, the way he talks, but what he said about Arsene is really disrespectful. Arsenal is Arsene. He changed the club. You cannot call him ‘a specialist in failure’. ”

Arsenal fans have never forgiven Nasri for the way he left the club after better wage package was offered, but the midfielder states that he left the club not for money (it was also a motivation for him, though not primary) but he wanted to make history with Manchester City. And after winning the title in his first year, he says he has no regret about the decision he made that time.

The French international also highlighted Wenger’s contribution in keeping Arsenal debt free, while frenchman carried on the task of conducting his business by the rules.

“The problem was the (new) stadium. They didn’t have the money to buy the players. Arsene is a straight guy. He can see into the future.

“He didn’t want to be penalised by Financial Fair Play so he wanted to stay by the rules and not living by debt. This year everything has been paid. He’s just paid €50m for Mesut Ozil. In the future, he will do it.’’