Mourinho vs Wenger: Are both managers in the wrong? 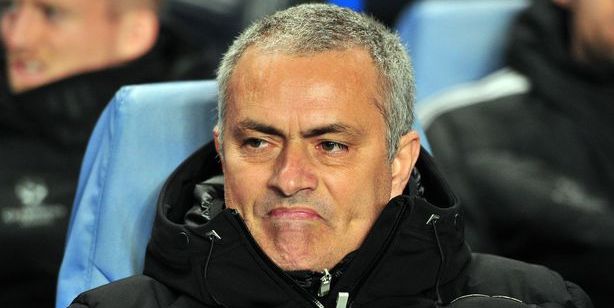 Jose Mourinho’s comments concerning Arsene Wenger’s ‘specialist subject’ have sliced open the pair’s bitter and contentious war of words once more, and my how we have not missed it.

Mourinho reacted strongly to Wenger’s claim that the Chelsea boss had a ‘fear of failure’, and the ensuing fallout has been extensive and venomous.

Arsenal legend Bob Wilson has been the most vociferous in his objection to the feud, letting rip at the Chelsea manager,

“I think at its best it’s disrespectful, at its worst despicable,”  Wilson told BBC Radio 5 live.,

“I find him boring in the extreme.”

But how has the situation exploded with such ferocity? Why are we back to square one concerning the pair?

Wenger was posed the obvious question while discussing title chances and cup ambitions. The tedious ‘horse and Chihuahua’ similes have taken its toll on us football fans, and Wenger seemed happy to hazard a guess at why this convoluted haze of poor imagery has been erected by the likes of Mourinho and Brendan Rodgers.

Unfortunately, the word ‘failure’ has been synonymous with Arsenal for a little too long, and Wenger’s casual use of the word to encompass other top flight managers was ill-advised.

While he may be right with his musings, Wenger put himself directly in the firing line with his comments. Unfortunately for us, Mourinho was holding a pump-action shotgun rather than a silenced pistol.

While Mourinho is entitled to reply to Wenger’s words, as is anyone when criticism has been leveled, the Portuguese lacked class and subtly.

His dead-eye stare, petulant expression and lip-smacking arrogance ignited the situation with as much tact as a bear opening a balloon. There was an opportunity here for Mourinho to display his infamous wit and guile, but instead he callously went for the jugular.

“I don’t accept that one is always ‘Monsieur polite’ and the other one is always the bad guy,” said Mourinho after the 2-0 defeat to Manchester City on the weekend,

“I don’t accept, I’m sorry. The only thing I feel was that I was very quiet in my place and somebody spoke not in a nice way about us.”

When carefully dismantling the barbs, the Special One makes sense, and had it not been for the torrent of ill-humour, Mourinho could arguably have comfortably won this little scuffle.

“I do not want to go into those silly, disrespectful remarks,” said Wenger after the FA Cup win over Liverpool on Sunday,

“I never spoke about him in my press conference and I will not start now. The only thing I know is it is more embarrassing for Chelsea than for me.

Regardless of the petty squabble, the Frenchman would do well to steer clear of more references to failure for the time being, especially when addressing the incorrigible Mourinho, who’s box-office penchant for the crude can really detract his from obvious brilliance.