Building on our previous post about the most efficient football clubs across Europe’s top four leagues this season, here we do an historical analysis of the Premier league and the best performing clubs in the last three years (2009/2010 to 2011/2012).

The chart below shows some fascinating visual data about Premier League teams in the last three years – from succintly pointing out Arsenal’s #1 issue to highlighting the massive statistical improvements United have made this season to why Liverpool and Wigan are at the wrong end of the tables.

Make sure you click on the image below to enlarge and view the full data, then share your thoughts in the comments below.

The most efficient Premier League clubs in the last three years 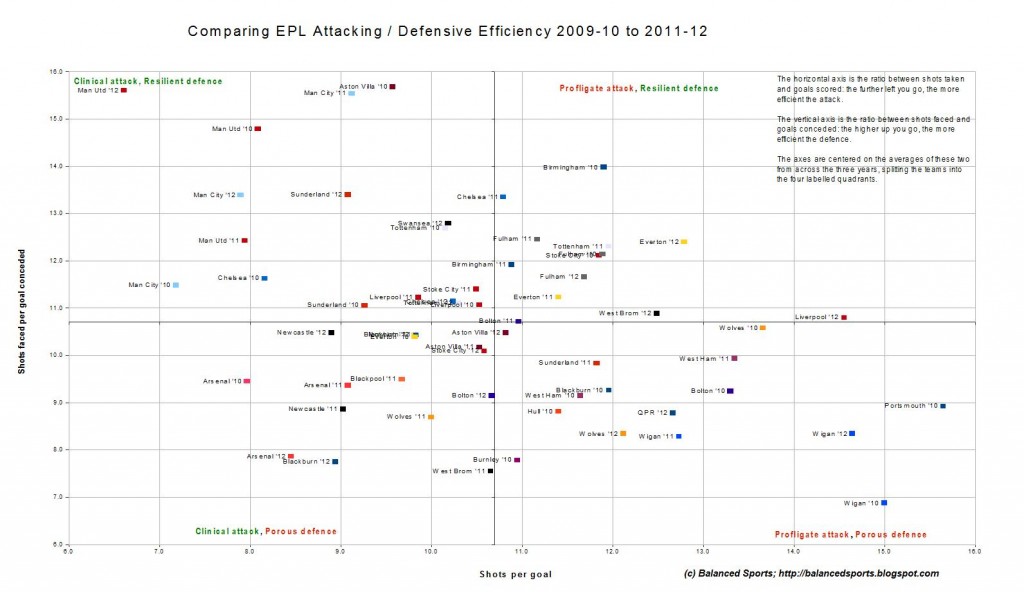