Manchester United Get Off to a Flying Start

Last season’s domestic double winners, Chelsea, took on Manchester United in their annual pre-season friendly.  Some call it “The Community Shield.”  I prefer to call it “the gigantic piece of metal that Roy Keane once raised over his head without cracking a smile.”  Then again, aren’t many things that can make Roy crack a smile.

Other than Mick McCarthy collecting unemployment, Alf writhing in pain on the pitch, and the cadaver of Patrick Vieira lumbering around in midfield for Manchester City, of course.

As for the game – check out the highlights here:

Chelsea 0-1 Man Utd. (Valencia 41’) – Rooney did what the Germans did to John Terry, namely take advantage of Terry’s lack of pace and sudden inability to judge long passes, sliding a perfect cross past a bored-looking Ashley Cole to Valencia, who easily beat Hilario for the opener.

Chelsea 0-2 Man Utd. (Hernandez 76’) – Chicarito immediately endeared himself to the United fans by scoring the second.  Valencia got in past an indifferent Cole and then found an unmarked Hernandez at the far post.  Hernandez’s strike was clumsy, so much that the ball actually caromed off his head but managed to settle into the back of the net.  Count that as a headed goal!

Chelsea 1-2 Man Utd. (Kalou 83’) – United’s late-game defensive lapses continue as Chelsea get on the board behind Kalou, who easily puts in the rebound from Sturridge’s shot past Van der Sar.  United’s defense went to sleep there, and that’s something they’ll have to address if they want to win the league this year.

Chelsea 1-3 Man Utd. (Berbatov 90’+2) – Chelsea plays a high-line in their own half to try and win the ball back and counter-attack, but Berbatov gets in behind the defense and chips it over a charging Hilario for the clincher.  Great goal from Berbatov and a good boost for him, as he heads into what could be a make-or-break year for him at Old Trafford. 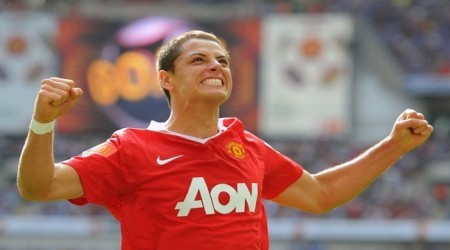 A star is born?

You can’t take too much from one game, especially one played before the start of the season.  However, both teams have some major concerns on their hands – especially on defense.  Terry continued his horrendous form from South Africa and Cole looks like he’s mentally checked out of England.  As for United, their tendency to fall asleep on defense late in games once again reared its ugly head.  Still, it was a thrilling match and should give United some much-needed confidence as they try to win back Premiership.

Fabregas is Overjoyed That He’s Staying at Arsenal

You know those terrorist propaganda videos where they put one of their prisoners on camera and force him to read a statement repudiating their country and touting the wonders of captors?

That’s what Cesc Fabregas must have felt like when he pledged to stay at Arsenal this season.

In a statement that was devoid of any kind of sentiment or joy, Fabregas begrudgingly conceded that he would spend his 2010-2011 season at the Emirates rather than at the Nou Camp, backing up Xavi and Iniesta, or playing out of position on the wing.  Unlike Fernando Torres’ ode to the greatness of Liverpool(even though he, supposedly, also wanted to go to Barcelona), Stevie G’s latest declaration of dedication, or even Luis Fabiano’s “I wasn’t really looking to leave Sevilla, even though I begged Manchester United and AC Milan to come get me during the World Cup” about-face, Fabregas sounded very much like someone with a gun to his head.  Just take a look at some of these quotes: 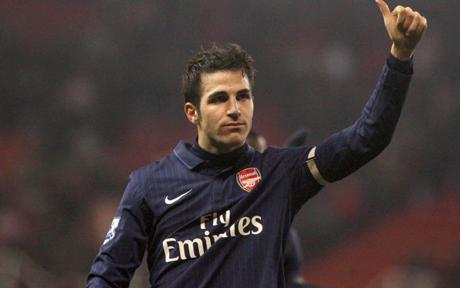 I am so happy to be staying at Arsenal. Just like I was pleased when I broke my leg.

I am a professional and I fully understand that it is Arsenal’s prerogative not to sell me. I owe a lot to the club, manager and fans and I’ll respect their decision and will now concentrate on the season ahead with Arsenal.

I cannot deny that joining a club like Barcelona was not an attractive move for me. This was the club where I learned my football, it is my home town where my friends and family are and a club where I have always dreamed of playing. There are not many players in the world who would not want to play for Barcelona.

I look forward to giving my best to Arsenal this season.  And by “my best” I mean approximately 60% because I don’t want to risk hurting myself and scuttling my dream move to Barcelona next season, which let’s face it, we all know is going to happen.  Nevertheless, 60% of me is better than 100% of many of the jokers on this team.  I’m not going to name names, but E. Eboue and N. Bendtner are horrible, M. Almunia and L. Fabianski couldn’t stop shots from my grandma, and R. van Persie is so brittle, he makes raw eggs look like steel.

I made one of those quotes up.  I’m sure you can guess which one.

So, if there’s anything we learned from the Cristiano Ronaldo saga, it’s that this deal will probably get done in January, it’ll be kept quiet until the end of the summer, and Fabregas will get his “dream move” next June with Arsenal netting a hefty profit.

All the flops not named Rooney, Terry, Gerrard, Lampard, Milner, and Barry, of course.

It’ll be interesting to see some of the new blood and what they might have to offer as England embarks on qualifying for their first European championships since 2004.  Phil Jagielka was one of the top defenders in the Premiership before he blew out his knee late in the 2008-2009 season, while Walcott, Wilshire, Gibbs, and Adam Johnson represent the hopes of the next generation of English footballers.  Gabby Agbonlahor, however, continues to be on the outside looking in.  Same with Joey “I’m as Good as Anyone in England” Barton. 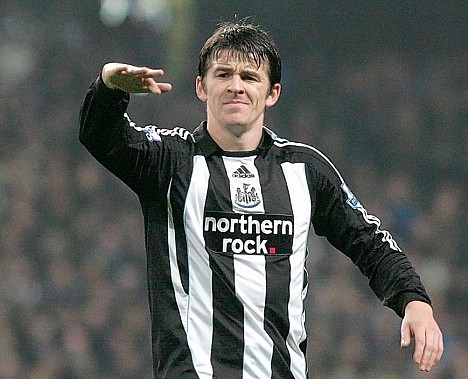 At least one person is surprised Joey Barton wasn’t called up.

It’ll also be interesting to see which of the World Cup castoffs gets recalled once the qualifiers get under way.  I think Carrick and Joe Cole could get themselves back into the picture with strong club campaigns, and I don’t think we’ve seen the last of Robert Green.  Just kidding on that last one.  He’ll never wear England colors again.

And Now for Something Completely Different

A lot has been made of the new “Homegrown Quota” rule for the Premiership this season.  In short, every team must name a squad of 25 players, at least of 8 whom must be have played for an English or Welsh club for three years before their 21st birthday.  In other words, they have to be English.

At least that’s the subtext of this rule.  The stated intention of the policy is to help the English national team by forcing teams to focus on developing young English players while reining in the out-of-control spending by certain teams in the top flight.  “It will encourage youth development and the promotion of young players,” said Premier League chief Richard Scudamore in 2009. “We think it will give clubs an extra incentive to invest in youth. We think that one of the benefits will be that it will help the England team.”

The rule, which was agreed to in 2009, and its stated goals have broad support throughout the EPL.  Sir Alex Ferguson backs the rule policy, as does Wayne Rooney and former Prime Minister Gordon Brown. Not surprisingly, Arsene Wenger is not a fan of the rule.

However, there hasn’t been much talk about its legality, especially in light of FIFA’s recently scrapped “6+5” Rule. According to the European Commission,the rule violated EU labor laws prohibiting the free movement of workers and any discrimination of laborers due to nationality within the European Union. The Bosman ruling was clear that athletes count as workers and clubs can not restrict their movement once their contracts are up. Additionally, Bosman held that foreign-based quotas are illegal under EU labor law.

So, how is the EPL’s homegrown rule legal? Well, according to David Geey, an attorney with UK firm Field Fisher Waterhouse, since the law regulates age and service time with a club, not nationality, it should be able to pass muster. After all, Cesc Fabregas counts as a “homegrown” player for Arsenal because he’s been registered with an English or Welsh club (the Gunners) for at least 3 years when he was between the ages of 15 and 21. Meanwhile, Owen Hargreaves would not count as a “homegrown” player for Manchester United because he came up through the Bayern Munich system.

But don’t feel too bad for Sir Alex Ferguson. Nani and Anderson both became eligible this summer, while Federico Macheda, the Da Silva twins, and forgotten man Rodrigo Possebon all become eligible for “homegrown” status next year.

It’ll be interesting to see how other teams react to this new rule. They aren’t supposed to stockpile foreigners, but could teams do what United did and start signing players like Macheda and stashing them away in the academy or in the reserves for three years until they’re ready to assume “homegrown” status? Moreover, teams with established pipelines to South America or Africa, such as United and Chelsea, should be able to continue plucking foreign prospects, knowing that they can keep them off the main roster for a few years while they develop. Meanwhile, smaller clubs like West Ham, Fulham, and even Everton will have to think twice before spending big bucks bringing over a youngster from outside the English or Welsh FA.

So in other words, expect much of the same.

Paul Robinson Snubs Capello and Quits England. I hear Capello’s reaction was: “Can I get that in writing?” In Italian, of course.

Wes Brown, too. Guess he got sick of warming Capello’s bench. Now he’ll go back to warming Sir Alex’s.

German ace Mesut Ozil, blah blah blah. Anyone else sick of this yet?

Finally, you have to check out this penalty from Ezekiel Calvacante of the Spanish U-19 team. That’s right, Spain has plenty of young talent in the pipelines. Maybe that’s why England is desperate to go with the homegrown quota rule.