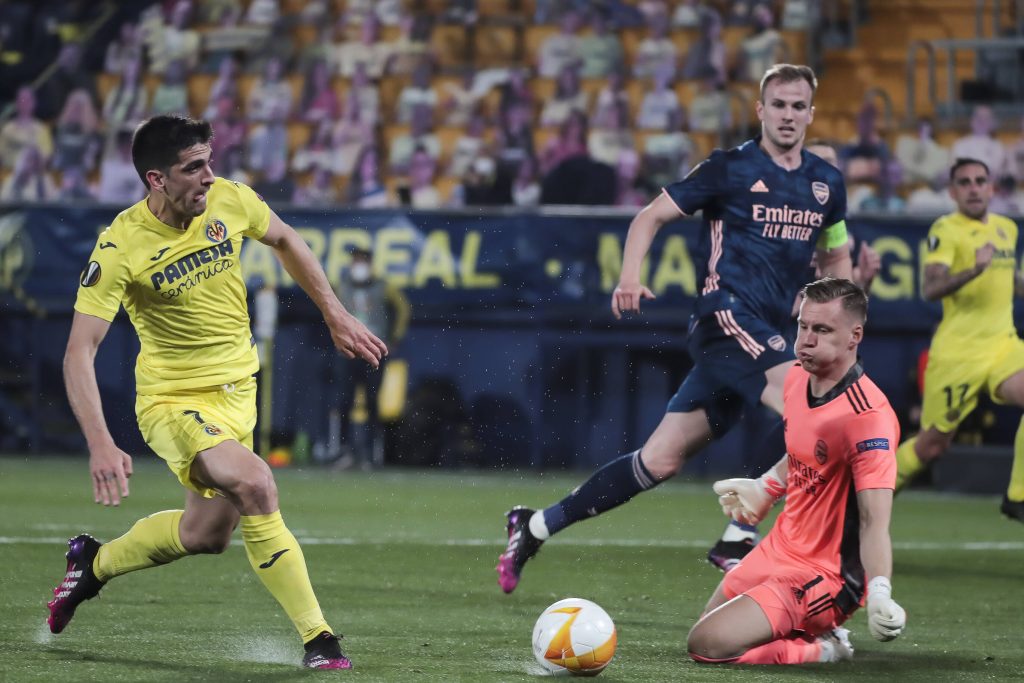 Arsenal manager Mikel Arteta heaped praise on goalkeeper Bernd Leno after the 2-1 defeat to Villarreal in the first leg of their Europa League semi-final tie.

The Gunners were two goals down in the first half at El Madrigal last night as they failed to muster a single shot on target.

They went down to 10 men after Dani Ceballos’ sending off in the 57th minute but still managed to end the game positively.

Leno came up with two key saves at 2-0 to deny Samuel Chukwueze and Gerard Moreno, and the latter was impressive from a one-on-one situation.

The Gunners eventually grabbed an away goal from the penalty spot in the 73rd minute and could have equalised before the final whistle.

Pierre-Emerick Aubameyang, who came off the bench, slipped before his attempted shot. It was still a strong save from the opposition keeper.

Speaking after the game, Arteta was pleased with Leno’s performance and acknowledged that his save against Moreno kept the Gunners in the tie.

He said: “Bernd Leno was very good – at 2-0, the chance with Gerard Moreno, he saved us, and at the end, we had a big chance with Auba to draw the game.”

Leno had a disappointing league clash against Everton last week where he gifted the Toffees with three points through an own goal.

Before yesterday’s clash, there were calls from some fans for Mat Ryan to be picked ahead of the Germany international between the sticks.

However, Arteta trusted his first-choice goalkeeper, and the £100,000-a-week star made amends with a strong display against Unai Emery’s side.

The Gunners host Villarreal in the second leg next week. A 1-0 victory would see them through to the final in Gdansk next month.