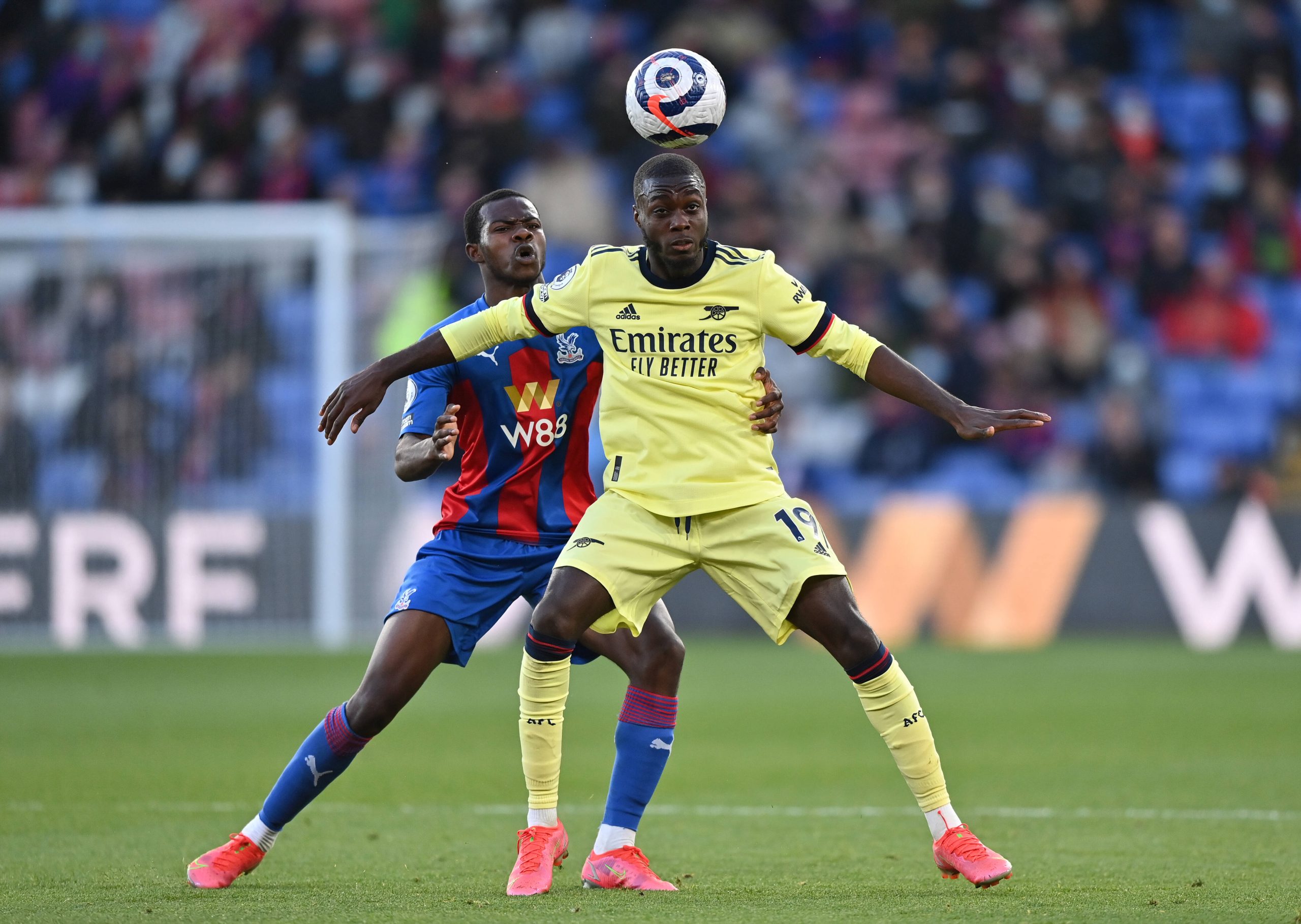 Arsenal manager Mikel Arteta was impressed with Nicolas Pepe, who bagged a brace in the 3-1 Premier League win at Crystal Palace on Wednesday.

The Gunners had the vast share of the possession against the Eagles and broke the deadlock in the 35th minute with Pepe scoring with a right-footed shot in the box.

The hosts came back into the game after the interval. Christian Benteke equalised following the hour mark after being handed a free header from a free-kick.

It appeared that the Gunners could go winless for the sixth game running against their London counterparts before two late goals in stoppage time.

Gabriel Martinelli came off the bench and scored a vital goal in the 91st minute after a cleverly disguised cross from Martin Odegaard.

Right before the final whistle, Pepe made it 3-1 for the north Londoners with a superb solo effort cutting inside from the right wing.

Speaking after the game, Arteta was praised Pepe and said that the Ivorian has improved during the current campaign.

He told Arsenal.com: “It’s my feeling and it’s everybody’s feeling in the coaching staff, and his own feeling that he’s come a long way this season.”

“He hasn’t had the consistency sometimes in the gametime, but I think in Europe he’s been terrific, and in the Premier League he’s started to show much more what he’s like, and he’s very hungry.”

“I think he’s changed a lot in his mentality and his willingness to do much more.”

Pepe has registered 14 goals and five assists from 46 games this term. In league terms, he has contributed eight goals and one assist from 28 outings.

The statistics are far from impressive for a player who cost over £70 million, but there have been positive signs over his performances this year.

Bukayo Saka’s progression has hampered his playing time from his preferred right-wing role, but he has adapted well operating on the opposite flank.

At 25, he is just entering the prime of his career, and Arteta will be hoping to get the best out of the Ivorian in the 2021/22 campaign.

The Gunners can qualify for the Europa Conference League on the final matchday with a win if both Tottenham Hotspur and Everton drop points.