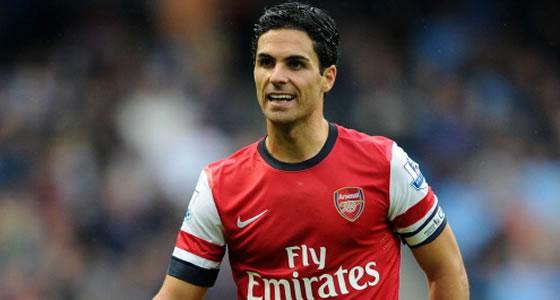 Arsenal manager Mikel Arteta has suggested to Football.London that he is open to selling Ainsley Maitland-Niles amid reported interest from Wolverhampton Wanderers.

Arteta has praised Maitland-Niles and has raved about the 22-year-old, but the Arsenal boss has suggested that he could be open to selling the former England Under-21 international – who can operate as a midfielder, winger, full-back or wing-back.

According to Sky Sports, Wolves are interested in signing the youngster from Premier League rivals Arsenal in the summer transfer window.

The report has added that the Wanderers’s opening bid of £15 million for the Englishman has been turned down by the Gunners, but talks between the two Premier League clubs are still ongoing.

Arteta told Football.London about Maitland-Niles: “Yes, we are reading a lot of news about our players which is not bad that other clubs want him but with Ainsley, he’s a player that I’ve said since I joined that I really like.

“The best way to show that is that I have played him in the most important games of the season and he responded really well, so that’s where we are with the player.”

The Arsenal boss added when asked if he would be open to letting the 22-year-old leave: “I am always open to listening to what the player is feeling at every stage of their career and then I can give them my opinion of how I see them, what I expect from them and if we have the right understanding, then we have to move forward together.

“If there is something that doesn’t work then we have to assess it with the player and the club and then find the right decision for both of them.”

Maitland-Niles is a very good young player who did well for Arsenal in the final weeks of the past season.

However, the youngster is not guaranteed a place in the Gunners’ starting lineup, and it is going to be hard for him to play week in and week out next season.

If Wolves are willing to offer Maitland-Niles regular playing time, then he should seriously consider it.

Wolves are an ambitious club, and under manager Nuno, the youngster would flourish.