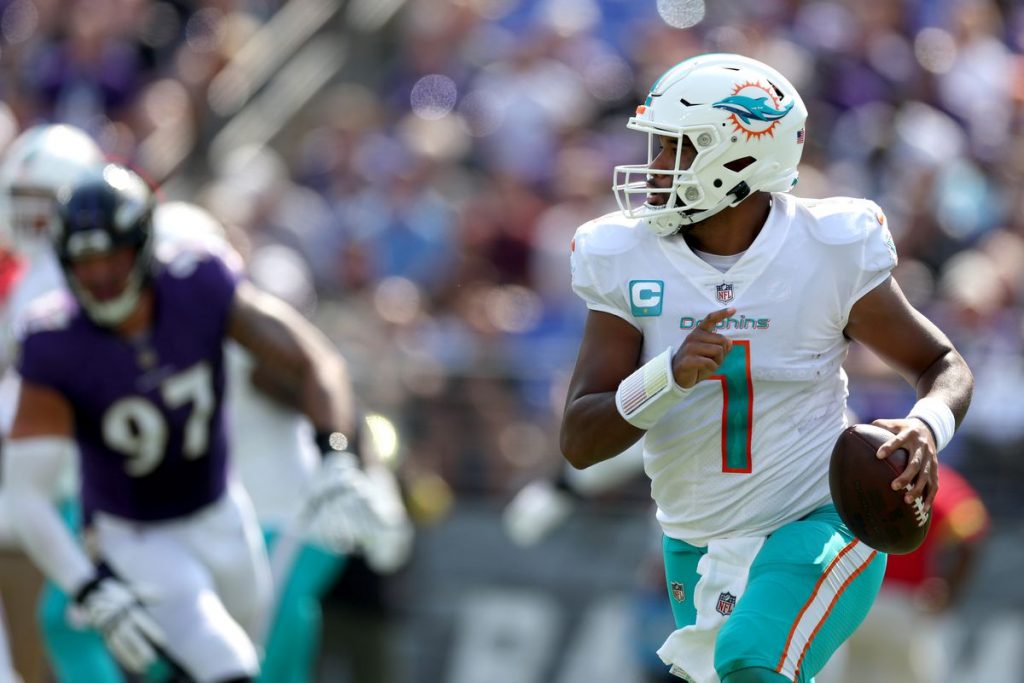 Following an action packed week of NFL, the league today announced that Miami Dolphins quarterback Tua Tagovailoa is the AFC Offensive Player of the Week following his performance against the Baltimore Ravens.

Tagovailoa starred in the Miami Dolphins 42-38 thriller on Sunday night in which he threw six touchdowns and completed 36 of 50 attempts for 469 yards.

The QB proved to be the spark the Dolphins needed in the dying minutes as they trailed by 21 going into the last quarter, Tagovailoa rallied his side to victory in the final minutes of the game to earn himself the Offensive player of the week award. 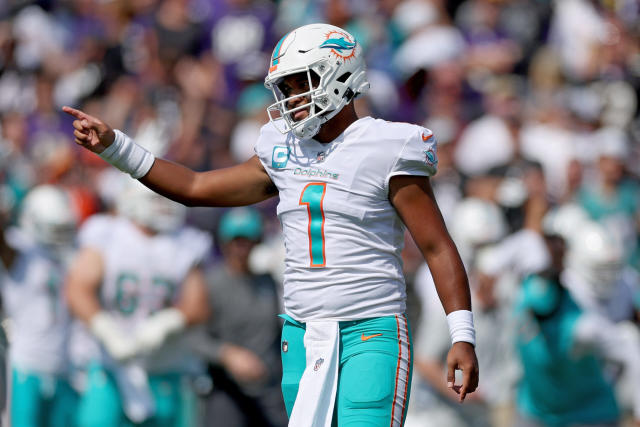 This is the first time Tagovailoa has been selected as Offensive Player of the Week in his career and the first time that the Miami Dolphins have received the award since Ryan Fitzpatrick won the award in 2019.

Here’s ALL SIX of Tua Tagovailoa’s Touchdowns from today! What a performance! #FinsUp pic.twitter.com/32IWZmeN6o

This year is the third year of Tagovailoa’s rookie contract and the QB has been embracing the challenge with open arms, as the Dolphins remain one of few left unbeaten in the league.

The next challenge for the star QB and the Dolphins comes this weekend, as they face the Super Bowl favourites and undefeated Bills in their toughest test yet this season.