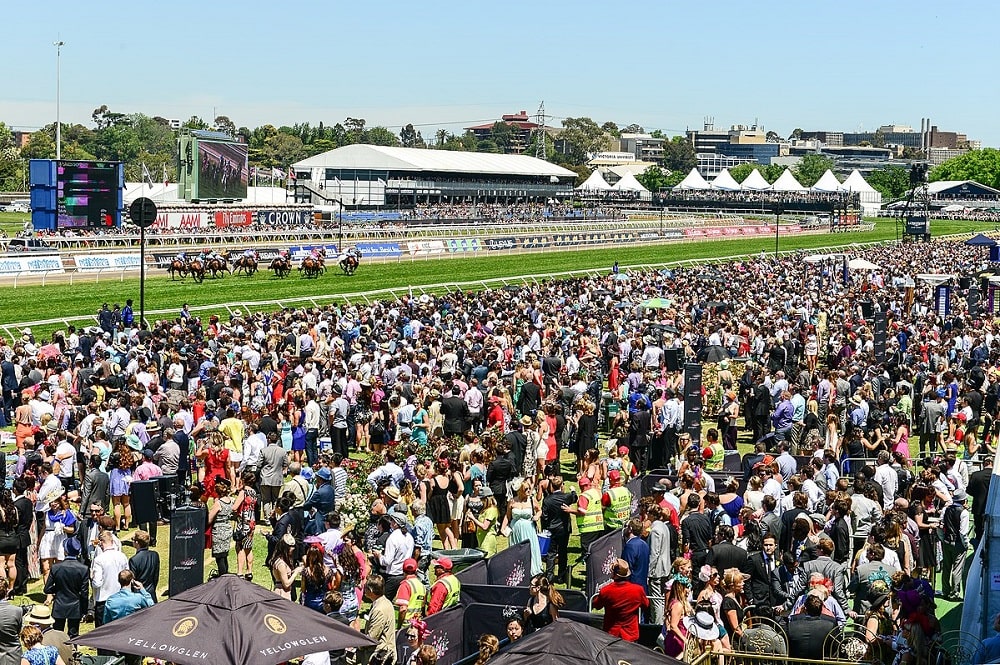 The race that stops a nation, the Melbourne Cup over 2m, takes place at Flemington in Australia on Tuesday, 2 November. The Melbourne Cup 2021 is a 4am start for any horse racing fans in the UK but makes for compelling viewing.

Recent Melbourne Cup results highlight the poor record of the favourite. Just two have obliged since 2005, yet this year’s renewal has a red-hot market leader. There isn’t the massive uptake in international and overseas entries like normal either. This may be to do with the logistics and difficulties posed by British, Irish and European trainers sending horses Down Under.

Three of the last four Melbourne Cup winners were trained in the British Isles, though. The two raiders from those shores in it this year command respect, then. Lloyd Williams has been a hugely successful owner in this race down the years with seven successes including four since 2012.

Only three successful Melbourne Cup horses in the last decade overcame a high draw. Jumping out of a low barrier looks a real advantage, then. These are the kind of stats and trends that SportsLens experts consider when giving their Melbourne Cup tips for 2021. Check out analysis of all the market principals below.

Why Incentivise is a hot favourite in the Melbourne Cup betting

If Melbourne Cup odds are accurate, then Incentivise is definitely the one to beat. Trained by Peter Moody, the son of Shamus Award has nine wins from his last 10 racecourse outings. The only blemish on his recent record was in a Cranbourne barrier trial. Incentivise has two Group 1 wins at Flemington over sharper trips after landing the Makybe Diva and Turnbull Stakes by narrow margins.

When stepping up in distance in the the Caulfield Cup last time out, he relished the extra test of stamina. Incentivise won going away by three lengths, conceding weight to a number of re-opposing rivals in-behind. While they an extra half-mile to reel him in, nothing in the Melbourne Cup field this year may be able to stop the favourite going in again.

There is always a chance that those down the field at Caulfield used the run to strip fitter for this. However, there are several lengths for all of those to find with Incentivise. The case for a Melbourne Cup 2021 victory is obvious. It’s no wonder tat William Hill make Incentivise their 7/4 favourite here.

Bet on Incentivise with William Hill

Irish handler Joseph O’Brien is still in his formative years as a trainer, yet has already saddled two Melbourne Cup winners in Rekindling and the 2020 hero Twilight Payment. He is back to defend his crown but under the welter burden of top weight. Owned by Lloyd Williams, this veteran confounds critics by retaining all of his old ability despite his advancing years.

Twilight Payment has frankly been as good as ever this season in the Emerald Isle. En route to glory Down Under last year, the Teofilo gelding landed the Vintage Crop and Curragh Cup, then placed third in the Irish St Leger. This time around he took the Irish Leger Trial and went on place better in the Group 1 for stayers on Irish Champions Weekend.

Just Ebor Handicap victor Sonnyboyliston proved three-quarters of a length too strong for Twilight Payment. He reversed past form with Search For A Song and had Belmont Gold Cup scorer Baron Samedi behind in third. It would be foolish to dismiss his claims in the Melbourne Cup 2021 yet Twilight Payment does have more weight and miles in the clock than last year. All the top horse racing betting sites fear him, though. That is why Twilight Payment is 9/1 with William Hill.

Back Twilight Payment with William Hill

Any Melbourne Cup preview written from an Anglo-Irish perspective like this also highlights Spanish Mission. Andrew Balding’s charge is used to globetrotting outside of the traditional British Flat turf season, but has been laid out for a crack at the most famous race Down Under.

Spanish Mission represents the best of the Gold Cup form from Royal Ascot when home in third to Subjectivist. That followed a success in the Yorkshire Cup on his return to action in the UK following a winter campaign in the Middle East. Spanish Mission didn’t win in either Saudi Arabia or Dubai, but the Melbourne Cup 2021 has always been a long-term target.

He saw Stradivarius just prevail by a head in the Lonsdale Cup when last in action. The Australian assessor takes a strong view of that form with Spanish Mission high in the Melbourne Cup weights. William Hill are 7/1 about him going one better here under 2019’s winning rider Craig Williams.

Back Spanish Mission with William Hill

Domestic trainer Chris Waller launches a four-pronged attack on the Melbourne Cup here. Of his quartet, the most high-profile is the mare Verry Elleegant who was seventh in this 12 months ago. The daughter of Zed has added three more Group 1s to her CV, including the Ranvet Stakes during the Australian autumn.

Verry Elleegant won the Turnbull Stakes en route to a crack at this last year, but could only finish fourth at Flemington in that contest this time around. She is best known as a middle-distance mare but couldn’t quite get on terms with State Of Rest in the Cox Plate at Moonee Valley last time out. Held just a length there, Verry Elleegant may be better over further now she’s a year older. Despite being higher in the Melbourne Cup weights than last year, she is 14/1 with William Hill for a better showing.

Waller also runs Great House, something of an eye-catcher towards the bottom of the handicap. A former inmate of the Donnacha O’Brien yard in Ireland, this horse has two wins in Group 3 handicaps including the Hotham Stakes at Flemington last time out. The Melbourne Cup demands more, but going up in trip should suit the Galileo gelding. Great House is one to consider each way in the Melbourne Cup betting at 20/1.

The others representing Waller are Sydney Cup scorer Selino and recent recruit Ocean Billy. Both of these are high enough in the handicap to make others more appealing. Selino does have form over the Melbourne Cup distance, though. He also ran some fine races in defeat behind Spanish Mission when trained in the UK by James Fanshawe.

Ciaron Maher and David Eustace share a license Down Under, and they also have four Melbourne Cup horses this year. According to the betting, Grand Promenade is the best of those after landing the Bart Cummings. That was a career best from their Champers Elysees gelding at the home of the Melbourne Cup. There is also a handy 31-day break between those assignments. Grand Promenade is 14/1 to follow-up.

Floating Artist, meanwhile, went down all guns blazing by a short-head in the Moonee Valley Gold Cup last time out. This was the second of two recent narrow defeats this month. Floating Artist, a gelding by Nathaniel, will have to improve on that to have a say in the Melbourne Cup result and is a 15/1 shot with Bet365 to do just that.

Persan was fifth in this race last year and nearest at the finish. His handlers may have targeted peaking here after running seventh in the Turnbull and third in the Caulfield Cup. On both occasions, Persan was about five lengths behind Incentivise. Off the revised terms with the favourite, the son of Pierro may close that gap. Persan is 30/1 with the same firm and definite each way value at those Melbourne Cup odds available.

The strength in depth to the race means Australian Derby winner Explosive Jack is a huge price. He hasn’t replicated his form from last autumn, however. This Jakkalberry colt has been sent off at big odds in his recent assignments and not really looked like landing a blow on Incentivise, so that explains why he’s a 40/1 shot.

Bet on Persan each way with Bet365

Simon Wilde saddles the progressive Tralee Rose, who punched his ticket for this when landing the Geelong Cup. Prior to that, this Tavistock mare was behind Delphi in a Group 3 at Caulfield and then runner-up in the Bart Cummings. Tralee Rose could be peaking at just the right time. The Melbourne Cup betting agrees with Betfred going 14/1 about his chances at Flemington.

No Melbourne Cup preview should go without mention ex-Irish trio Delphi, Sir Lucan and Pondus. The former won the Herbert Power for Anthony and Sam Freedman on his penultimate Delphi has speed and stamina in his pedigree that so many successful Melbourne Cup horses have had over the years. He is a 20/1 chance and merits consideration on the pick of his form.

Sir Lucan shaped like a non-stayer in the St Leger on his last start for O’Brien but ran in a number of Classics with credit before that. He has since joined Gai Waterhouse, who delivered the winner in the Melbourne Cup result of 2013. This demands more than a distant eighth at Doncaster from Sir Lucan, who is also a 20/1 shot.

Pondus also represents Lloyd Williams and has the inside draw, so may be of interest given connections. A former Joseph O’Brien runner, this could be a long-term plan coming together. New trainer Robert Hickmott has also saddled two Melbourne Cup winners before, so that is another plus. Pondus has posted improved efforts in the Bart Cummings and Moonee Valley Gold Cup. He is 25/1 for Melbourne Cup success.

Back Tralee Rose with Betfred