Mario Gomez is set to complete his move to AC Fiorentina, with Bayern Munich today announcing that a deal has been agreed between both clubs, reportedly worth up to €20 million. 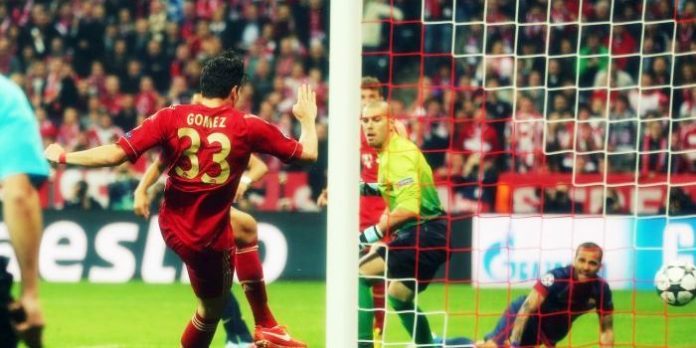 Speaking on the club’s official website, Bayern chairman Karl-Heinz Rumenigge acknowledged the striker’s contributions towards the club’s success – culminating in a historic treble-winning season – as well as wishing Gomez luck as a Fiorentina player.

“It was Mario Gomez’ desire to leave Bayern and join Fiorentina. We’ve now accommodated his wishes. He made a major contribution to two German championships and two DFB Cup triumphs.

“Naturally, the highlight was winning the Champions League victory and the treble last season. I would like to thank him for all his efforts, on behalf of FC Bayern, I’d like to wish him lots of luck and great success in Florence!”

Despite scoring 112 goals in 172 games for Bayern since arriving from VfB Stuttgart as the club’s most expensive signing, Gomez only started nine Bundesliga matches last season due to the impressive form of Mario Mandžukić.

Now, with the chances of his involvement reduced even further following the arrivals of both head coach Pep Guardiola and German starlet Mario Götze, Gomez has decided that his time in Bavaria has come to an end.

Instead, Mario Gomez has decided to ply his trade in Italy, viewing Vincenzo Montella’s attacking philosophy at Fiorentina as the perfect place to secure his status as Germany’s first-choice striker in time for next summer’s World Cup.

At face value then, the move seems to be perfect for all parties. Whilst Bayern recoup a substantial amount of money for a player not considered a guaranteed starter, Fiorentina acquire a player with a proven record at every level of the game. Similarly, with the methods of Montella and the creative talent already in Florence – including Borja Valero, Adem Ljajić, Alberto Aquilani and Joaquin – Gomez will surely receive enough chances to showcase his impressive talent.

With Stevan Jovetić set to leave the club this summer, Viola fans will be relieved to see their clubs ambition to remain as a genuine competitor for Champions League football. However, whilst Jovetić was a player who could create and score in equal measure, Mario Gomez is much more of a ‘pure’ striker, concerned solely on his goal tally come the end of the season.

In that sense, Fiorentina may just have stumbled upon the missing piece of their jigsaw. Already possessing numerous players capable of unlocking even the very best defences, what Montella required was a player who could convert the vast majority of chances presented to him.

In recent history, fans of Florence’s iconic team have been spoilt by seeing some of the world’s greatest strikers grace the Stadio Artemio Franchi. From Baggio and Batistuta to Toni and Gilardino, Fiorentina have regularly boasted players with the ability to score goals at an alarming rate.

Now the attention will turn to Mario Gomez, who will undoubtedly be under pressure to live up to his predecessors. However, the German international has all the attributes to thrive, and could well end up as an iconic figure in Florence for generations to come.