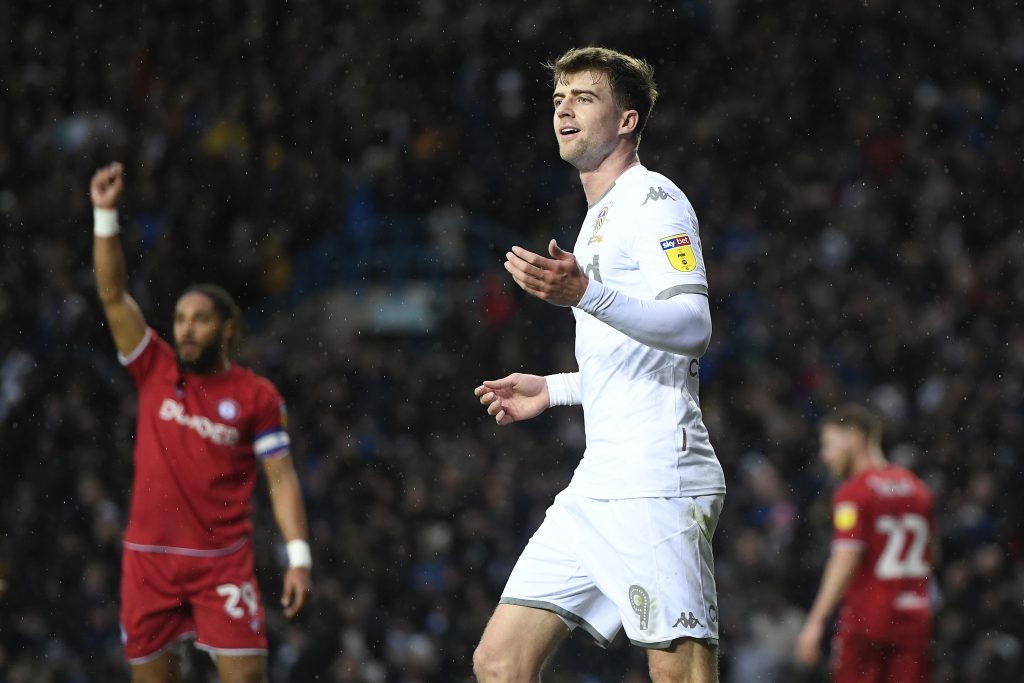 Marcelo Bielsa has admitted that he wants more goals from Patrick Bamford but at the same time has appreciated the hard work he puts in for the side.

Bamford has scored 12 goals this season for Leeds, but he has come under strong criticism from the fans (mainly on social media) for his inability to convert the chances.

There was an anticipation that January signing Jean Kevin-Augustin could take Bamford’s place in the side, but the Argentine has kept faith in the former Middlesbrough striker.

“He is a player who strengthens the team,” said Bielsa to the Yorkshire Evening Post. “He allows us to play with our style and after he has a special role in the team that is what I mentioned before.

“He is a centre forward in contact close to scoring but he didn’t achieve to score. Bamford is the player in the Championship who has shot more times in the competition.

“Of course I would like him to have more efficiency, but I value a lot that in every match he is in good condition to score.”

The 26-year-old is pivotal to Leeds United’s system. He is a mobile forward who leads the pressing of opposition defences along with being the focal point of the attack.

Bamford didn’t score on Saturday but he came off the field to a standing ovation at Elland Road on Saturday.

Leeds have returned to winning ways following their 1-0 win over Bristol City.

They have closed the gap with Championship leaders West Bromwich Albion to four points and increased their lead over third-placed Fulham to three points.