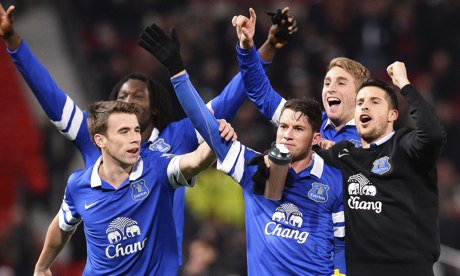 The midweek round of Premier League fixtures threw up some intriguing fixtures, with scintillating action on Tuesday and Wednesday night.

A total of 33 goals were scored over the course of the ten games, with some significant results in the round.

Here are five things we have learned from the fixtures.

A late Bryan Oviedo goal gave Everton a 1-0 away win over Manchester United at Old Trafford, in a real blow for David Moyes’ men.

The result revokes the impact that the champions’ win over Arsenal had, and with the Gunners beating Hull, United are now 12 points off the pace.

With so many challengers and the significance of the gap currently, many will be writing the Old Trafford outfit out of the title running this season.

Mauricio Pochettino’s men have been widely praised for their strong performances at the start of the season, but Southampton have slowed down over the last couple of weeks.

A 3-2 home defeat to Aston Villa on Wednesday night sees the south coast side slip to eighth position.

Although more than capable at this level, it looks like a tough fixture list is catching up with the young side.

Luis Suarez scored four goals against Norwich in a 5-1 Liverpool win – just what the Merseyside club needed after defeat to Hull at the weekend.

The Uruguayan has something of a hex against the Canaries, and has now netted 11 goals against the Carrow Road outfit in four appearances.

For Liverpool, with Daniel Sturridge on the treatment table, Brendan Rodgers’ men are relying on their tempestuous forward more than ever at the moment.

A lot of pre-game hype surrounded Newcastle, who have been making tracks up the table with strong form of late.

However, Swansea brought the Tyneside club back down to earth with a bang, beating Alan Pardew’s men 3-0 at the Liberty Stadium.

The Welsh side’s victory was made all the more impressive as they are still missing key attacking duo Michu and Wilfried Bony. 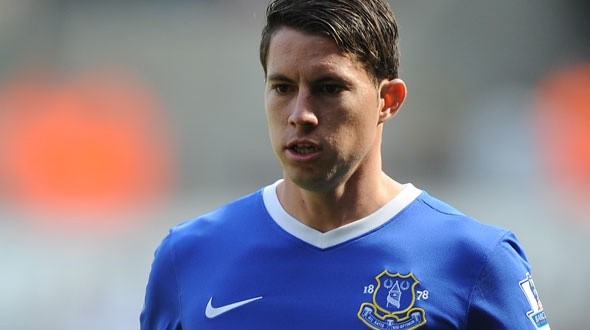 Although Everton’s latest victory at Manchester United will cause many to declare the Merseyside club as real top-four contenders, Roberto Martinez’s men should already have been in that category before the victory.

The blend of youthful exuberance and seasoned professionals at Goodison Park has more than enough potential to qualify for the Champions League this term, and proved as much on Wednesday.