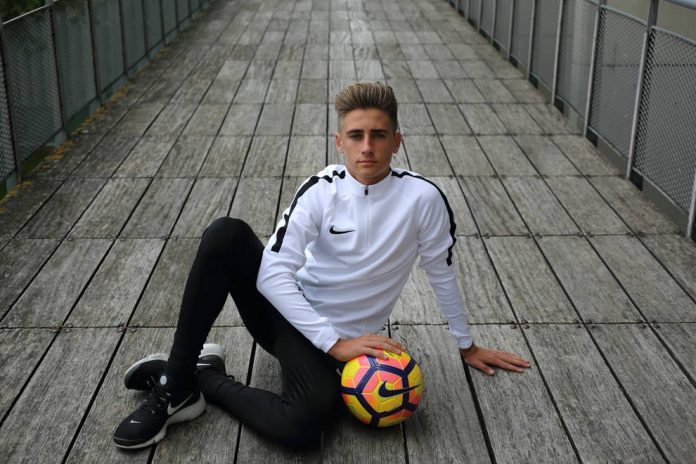 The 15-year-old attacking midfielder has been in superb form this season and the likes of Arsenal, Juventus, City and Monaco are looking to sign him.

Once the player turns 16, he will have to decide whether he wants to sign a professional contract with Barcelona. Manchester City are hoping to persuade him to join them instead.

According to reports, the Premier League giants have already made a tempting offer and they are best placed to sign him.

Navarro turns 16 on the 12th of April and his future should be sorted soon.

Manchester City have put together a fantastic youth setup and Navarro could be tempted to join them. Furthermore, the chance to work with Guardiola in future could be an added incentive.

Barcelona are yet to make him an offer and the player is keen to find out their plans for him.

It will be interesting to see what happens eventually. There is no doubt that City will have landed a prodigious young talent if they manage to lure him to Etihad this summer.