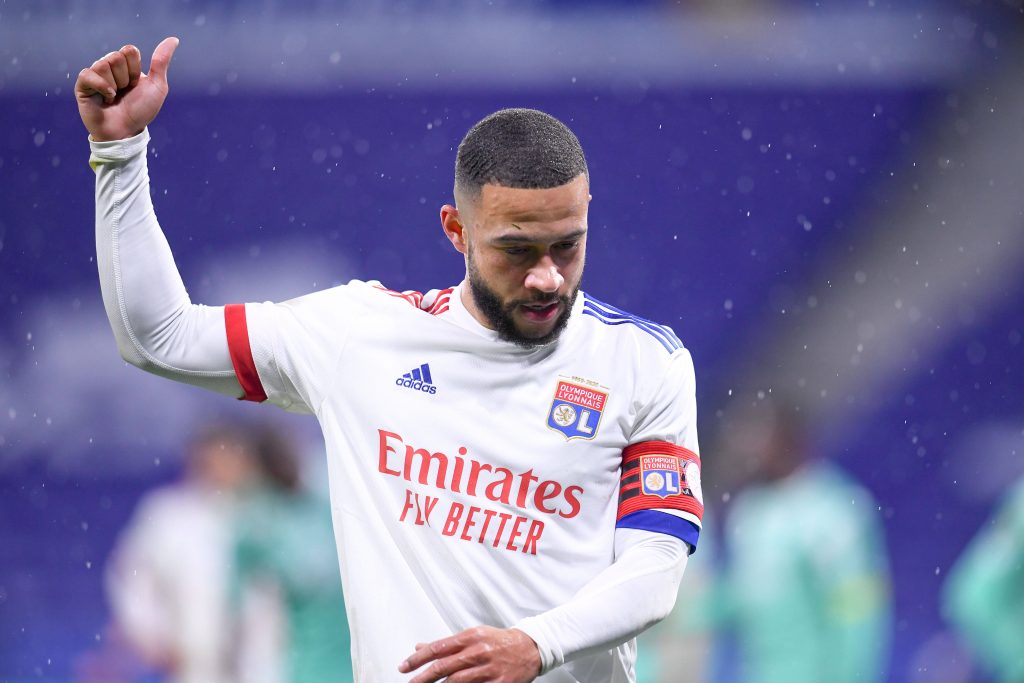 Lyon forward Memphis Depay is close to joining Barcelona on a free transfer this summer, a report from L’Equipe claims.

The Dutchman was on Blaugrana’s radar during last summer’s transfer window, but a deal failed to materialise as they could not meet the transfer demands.

Depay has had another fine season for Les Gones with 21 goals and 10 assists from 38 appearances, but they could still miss out on Champions League football.

Even if they make the top three, the 27-year-old has no desire to sign a new contract beyond June, and he now appears on the cusp of joining the Catalan giants.

It is reported that Barca only have minor details to settle before the free transfer of the Netherlands international is finalised.

Depay has been constantly linked with the Blaugrana since last summer, and they appear close to finalising terms with the Dutchman.

The 27-year-old has developed into a genuine striker, and Koeman played a key role in the transformation when he was the Netherlands boss.

Hence, it is unsurprising that the €45 million-rated forward is keen on a reunion while he has the chance to establish himself as a regular starter for the club.

Depay could get the opportunity to lead the line, with the Blaugrana having struggled to find a scoring number nine since Luis Suarez’s departure last year.

His versatility to play on the left wing is an added boost. Meanwhile, the club are also on the cusp of landing Sergio Aguero on a free transfer.

It was previously suggested that they could sign either Depay or Aguero, but it appears that both could be heading to Camp Nou on Bosman deals this summer.

The arrival of Depay could give a strong indication that Koeman will continue as the head coach despite the regular links with Xavi Hernandez.

Read: Barcelona interested in Jorginho with swap deal an option.