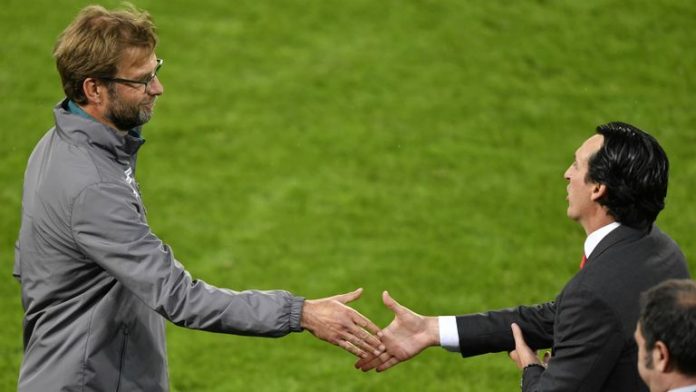 Liverpool host Arsenal on Saturday aiming to keep the pressure on their rivals for the Premier League title.

Arsenal head into the game fifth in the standings following their 1-1 draw at Brighton & Hove Albion.

Liverpool are unbeaten in their last seven meetings with the Gunners, although four of those games have ended all-square.

The two sides fought out a 1-1 draw at the Emirates Stadium back in November, but Jurgen Klopp’s team are fancied to come out on top this weekend.

? Here's how we line-up to face @Arsenal…#LIVARS

Here’s how we line up for tonight’s @premierleague game ? pic.twitter.com/B3dEv9y9pX