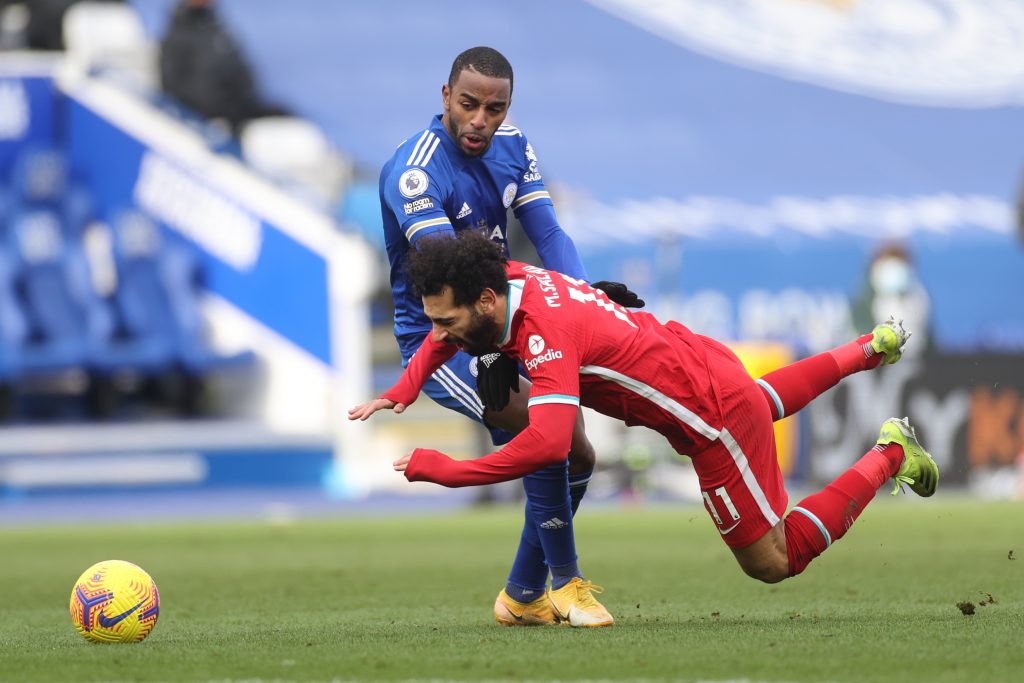 It’s Monday morning which means that we’re rolling out our latest ‘Three Things’ column to brighten up your day.

Of course, if you are a Manchester City fan you won’t need cheering up, with your team continuing to march on at the top of the Premier League.

Read on as we take a closer look at three key talking points from the latest round of games.

Time to clamp down on Salah’s cheating

Mohamed Salah is an excellent footballer – that fact is not in doubt. Another point that can’t be questioned is the Liverpool forward is a cheat – and it’s time his antics were stopped.

His theatrical dive during the Reds’ 3-1 defeat at Leicester City on Saturday was the latest in a long line of examples of Salah trying to deceive match officials.

The introduction of retrospective two-match bans for diving in 2017 has done nothing to address the issue – change the rule to a 10-game suspension and the likes of Salah will soon stop their pathetic behaviour.

Arsenal forwards have a field day

Arsenal ended a three-game winless streak in style on Sunday as they ran out 4-2 winners over Leeds United at the Emirates Stadium.

However, the big question now is whether Arsenal can replicate this display against teams who don’t view defending as an inconvenience.

Everton went into their game against Fulham knowing that a victory would take them level on points with Liverpool in the Premier League.

This was not the first time that the Toffees had the chance to make a big move this season, but they once again failed to deliver.

Manager Carlo Ancelotti has done a solid job at Goodison Park thus far, but he still has work to do to establish Everton as genuine challengers in the Premier League.