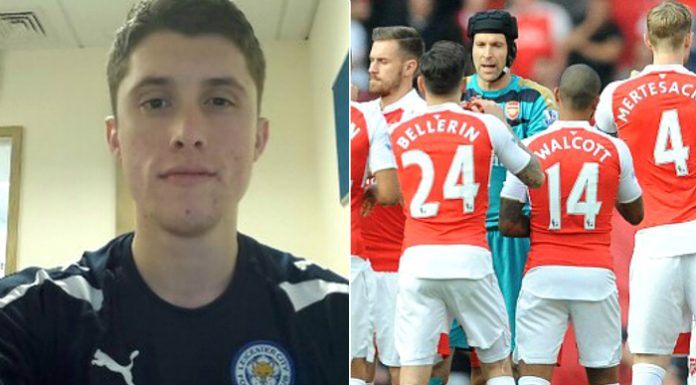 Leicester City scout Ben Wrigglesworth has confirmed on his social media accounts that he has completed a move to Arsenal this month.

The highly rated scout was linked with a move to the Emirates this season and the Gunners have moved swiftly to bring him in and strengthen their department of talent hunters.

Wrigglesworth managed to unearth gems like N’Golo Kante and Riyad Mahrez for Leicester City and losing him to Arsenal will be a bitter blow for the Premier League leaders.

Arsenal will be delighted with the signing and the Gunners will be hoping that the former Leicester City man can provide them with bargains like Mahrez.

Wrigglesworth confirmed that he has joined the club on his LinkedIn page.

“It was a very difficult decision, leaving Leicester, but I had to take an opportunity that doesn’t come around often.”

“I only wish the best for Leicester in the future and will always be eternally grateful to them for getting me to where I am.”

Wrigglesworth’s departure is not the only bad news for Leicester City. Arsenal are also looking to sign Leicester’s head of recruitment Steve Walsh later this month.

The two clubs face off in the Premier League later this week and it could prove to be a season-defining clash. Arsenal are already trailing in the title race and cannot afford to drop any more points.

As for Leicester, the Foxes will be looking to replicate their performance from last week and take a significant step forward in this season’s title race.