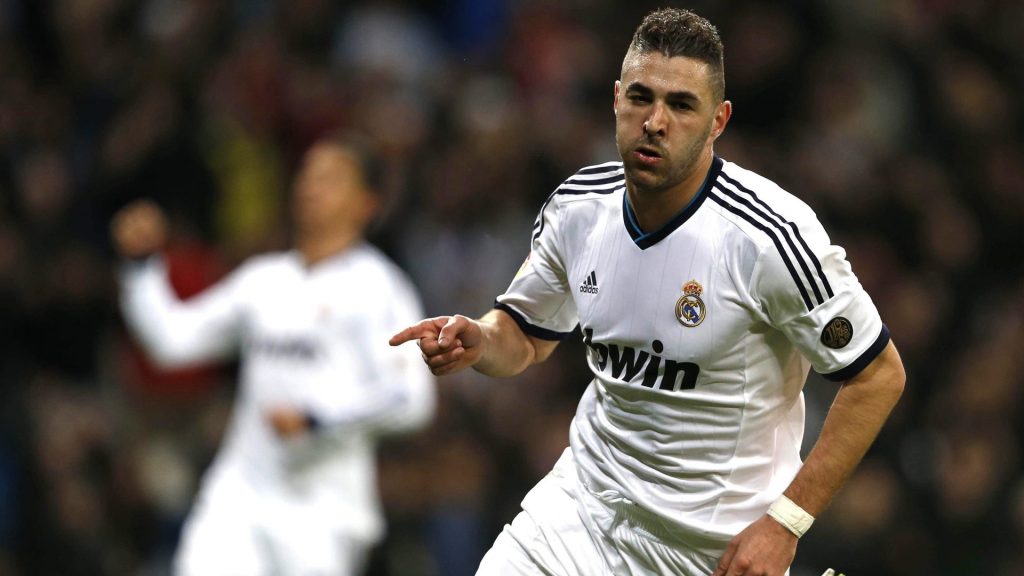 Arsenal and Manchester United have been handed a massive blow in signing Karim Benzema after the striker revealed that he is happy at Real Madrid.

The French international was linked with a move to the Emirates, with their league rivals United also believed to be in the race for his services. Both clubs were set to make a £30m bid for the Real star.

However, Benzema has tried to put an end to the recent rumours surrounding his future and claims he is happy with the newly crowned UEFA Champions League winners.

“I feel at home in Madrid. I am really at ease. Playing at Real Madrid is a joy and fills me with pride because it is the greatest club in the world and also because I have come through some difficult moments in my five years here,” Benzema told L’Equipe Magazine.

The 26-year-old was doubtful for Real’s Champions League showdown against Atletico Madrid earlier this month. However, the Frenchman started the game for his side and was later withdrawn by Carlo Ancelotti in the second half.

Benzema revealed he was not fully fit to start the final in Lisbon as he claims the opportunity to play in the final does not arise every year.

“Was it a risk? You don’t get to play in the Champions League final every year and I could not miss it. I am receiving treatment and I will be at 100 per cent for the World Cup,” Real striker said.

“We are not worried. I have spoken with the physios and while Sunday’s game might come a bit too soon, I will be back in full training by Wednesday,” Benzema concluded.

Benzema is a part of France’s national squad for the 2014 FIFA World Cup in Brazil, starting next month. With the striker’s latest comments on his future, it will be difficult for both Arsenal and United to lure him to leave Real in the summer transfer window.