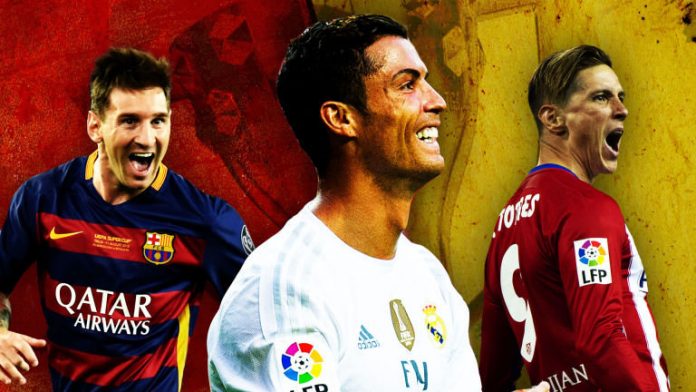 The highly anticipated new La Liga season is set to start this weekend and again it will most likely be a battle between three main teams to take the title in 2016-17.

El Clasico superpowers Barcelona and Real Madrid remain two of the world’s biggest clubs and challenge for major silverware on a perennial basis.

However, over recent years underdogs Atletico Madrid have gone toe-to-toe with Spain’s top two and under Diego Simeone’s tutelage will again be in the running to upset the odds for the title.

Barcelona are the reigning La Liga champions and once more will be the team to beat.

With a sublime attacking trident of Lionel Messi, Neymar and Luis Suarez, the Catalan giants are unplayable on their day and play a scintillating brand of football.

Luis Enrique has looked to freshen up his defensive options this summer with the acquisition of French duo Samuel Umtiti and Lucas Digne, but the Blaugrana will need to replace long-serving right-back Dani Alves, who has left for Juventus.

Andre Gomes has joined Barca from domestic rivals Valencia, while a new attacker to deputise for the superstar front three is also expected to be added.

Much depends on Balon d’Or holder Messi, who remains the Camp Nou outfit’s heartbeat and the best player on the planet. Barca are favourites to win La Liga at odds of 8/11.

Real Madrid are coming off the back of being crowned European champions in 2015-16 and Zinedine Zidane’s side will be a menacing proposition again this term.

The Santiago Bernabeu outfit have been suspiciously quiet in the transfer market so far this summer, with the return of forward Alvaro Morata the only major business of note.

Madrid have world-class players across the pitch and with Zidane settling into life as the capital city side’s boss, expect Los Blancos to be in the running. Madrid are at odds of 6/4 to claim glory by next May.

Atletico were beaten in the Champions League final but continue to punch above their weight both domestically and on the continent.

Simeone’s men have ensured key attacker Antoine Griezmann will stay at the club following an impressive Euro 2016 showing, with the France international signing a new deal with Los Rojiblancos.

The Vicente Calderon side have also looked to strengthen in the transfer market, with the additions of Nicolas Gaitan and Kevin Gameiro bolstering the attacking arsenal at the Argentine trainer’s disposal.

While Simeone is at Atletico, the capital city side will be no pushovers and don’t be surprised to see the men in red and white fighting for major honours again in 2016-17. His side are 10/1 to lift the La Liga trophy.

However, the financial backing, superstar players and strength in depth of the Clasico sides suggest that it will be a battle between age-old enemies Madrid and Barcelona for top spot this season once again.