Barcelona forward Pedro Rodriguez has rejected offers from Arsenal, Liverpool and Paris Saint-Germain, as he wants to stay at the Catalan club, but his situation could change if Chelsea put in a formal bid for him.

Pedro understands very well that it won’t be easy for him to dislodge either of Suarez, Messi or Neymar from the front three at Barcelona. At the same time, he wants to stay at the club and fight for his places. He graduated from the club’s youth academy and went on to represent the club at various levels before making his senior debut in 2008. 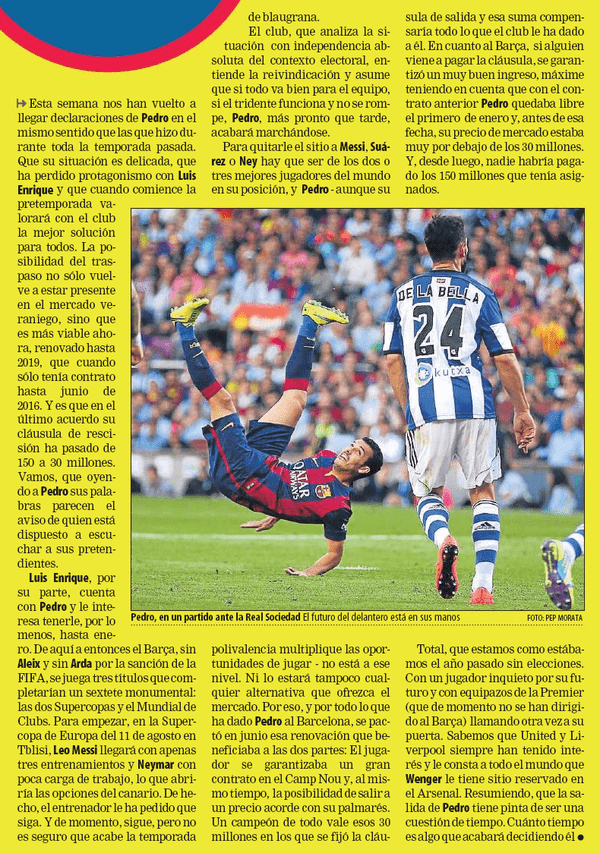 Since then, it’s been a fairy tale journey for him, as he won five league titles and three Champions League within eight seasons at the club. He signed a new deal earlier this year, where a €150m release clause being inserted in the contract.

Mundo Deportivo claims today that Pedro’s release clause has dropped to €30m, making him an easier target for the big Premier League clubs. 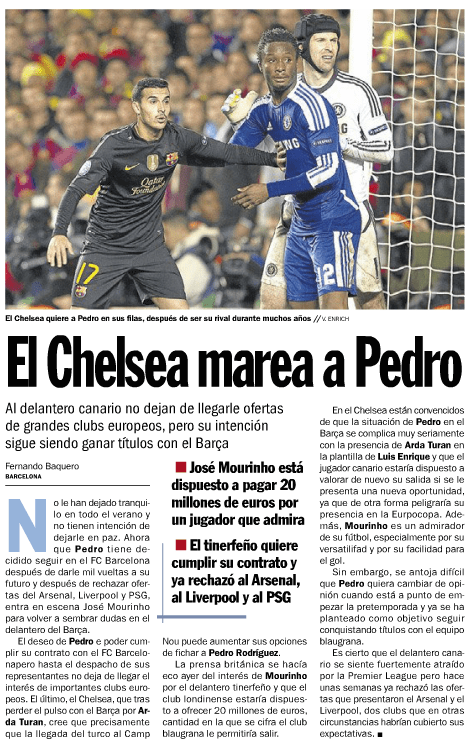 According to reports from Sport, another major Catalan based newspaper, Chelsea manager Jose Mourinho is willing to pay €20m for Pedro.

Pedro won’t be a bad signing for Chelsea at all. He is only 27 and has a proven track record of scoring goals. While no one was ever going to offer €150m for him, but at €30m, big Premier League clubs could be interested in signing him now.