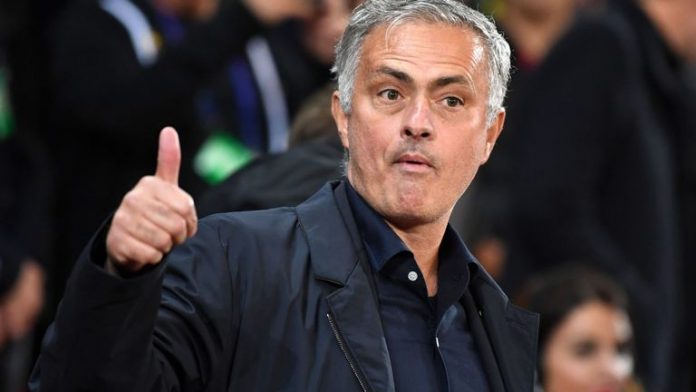 In the first north London derby of the season, Spurs drew 2-2 against the Gunners at the Emirates Stadium on Sunday afternoon in the Premier League.

Spurs have made an unconvincing start to the season, having won just once in their opening four Premier League games.

Mauricio Pochettino’s side drew against Arsenal and Manchester City away from home and lost 1-0 at home against Newcastle.

However, Mourinho, acting as a pundit on Sky Sports, has predicted that Spurs will still finish above Arsenal in the Premier League this season.

The former Real Madrid boss believes that Manchester City and Liverpool will once again battle with each other for the Premier League title, while Spurs will finish below them in third.

“What we laughed about [earlier in the season], I still think the same candidates for the title. Definitely City and Liverpool [in the top two] and then Tottenham, for me, still there.”

Christian Eriksen and Harry Kane scored for Spurs to give them a healthy 2-0 lead. Alexandre Lacazette pulled one back on the stroke of half-time, while Pierre-Emerick Aubameyang scored with a poacher’s instinct in the 71st minute.