Would James Milner to Liverpool transfer be pointless for both parties? 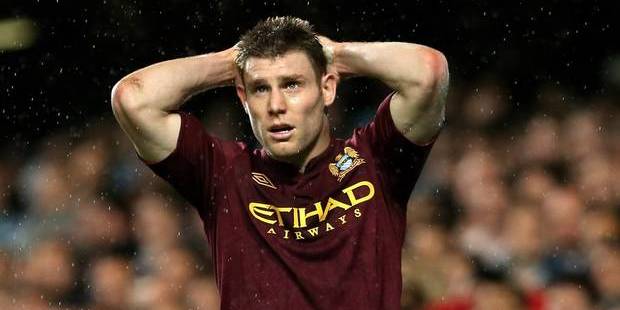 James Milner has been rumored to be on Liverpool’s list of transfer targets, but what could Brendan Rodgers give the England midfielder that Manchester City don’t already offer? IE a place on the bench. 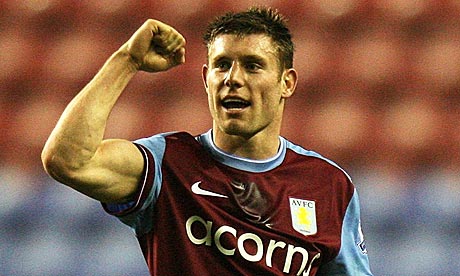 When James Milner first made his name as a recognizable force in the Premier League it was at an Aston Villa side under the leadership of Martin O’Neill, part of a team that enjoyed a success that hasn’t been replicated since. Villa had finished 6th for 3 seasons running, the last of which saw Milner take up a new role as the central playmaker for the team in a position switch very reminiscent of what O’Neill did for Gareth Barry with similar results: great success and an impending sale to Manchester City.

Villa have not managed to replace Milner’s impact and have since seen themselves become residents at the other end of the Premier League table.

At the City of Manchester

Both exiting players failed to have the same impact at the Sky Blues, where they were no longer one of the biggest names, and James Milner had to accept being converted to a utility player to see more appearances. The 28-year-old was a sensation at the Midlands club as a playmaker and was the central figure in their team, most of the play revolving around him or going through him, but at City he is muscled out of his preferred position by superior talent.

The Leeds-born player has made it clear that he wants to get back to playing every week but will not accept an offer unless he can be convinced he will be in the starting line-up and in a position he wants. Being used as a full-back does not appear to match his ambitions.

With this in mind, would a move to Merseyside be a solution? Liverpool already have a lot of talent in midfield and Steven Gerrard has just announced his retirement from international football to focus fully on the Reds.

Could Milner possibly get into the team ahead of Steven Gerrard, Jordan Henderson, Philippe Coutinho, Lucas, Leiva, Joe Allen and new signing, Emre Can? Even if he resumed his earlier career role on the wing he would find more stiff competition for places from the likes of Raheem Sterling, Adam Lallana and another new signing, Lazar Markovic.

Even with extra games coming up this season thanks to the Champions League, Milner still seems surplus to requirements on Anfield and would be better suited elsewhere, to maximize his potential.

So are the rumors of this possible sale simply untrue? Or is Milner about to spend more valuable years of his career rotting on the bench?

Everton and Arsenal are also supposedly interested too but he could find a similar situation there too. A return to Aston Villa would be hungrily snatched at by Paul Lambert, but it is unlikely the club could meet his wage demands with all the financial uncertainty that surrounds the ‘For Sale’ club.