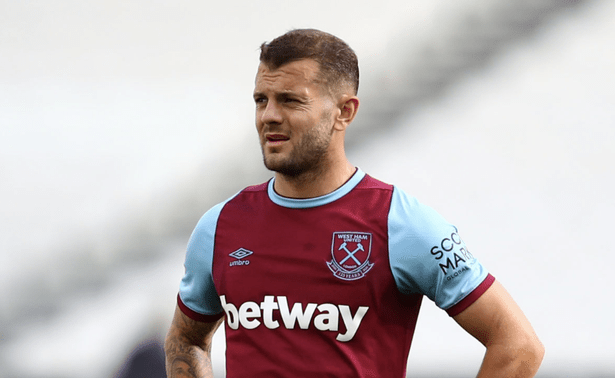 Former Arsenal player Jack Wilshere seems to be interested in a return to the North London giants after jokingly offering himself to the club as a solution to their lack of creativity in front of goal.

The Gunners have failed to score from open play in 450 minutes of Premier League action, a run that has resulted in only one win out of five games.

Arsenal were held to a goalless draw against Leeds United on Sunday in a game that saw the hosts hit the woodwork three times, while Nicolas Pepe was sent off for headbutting Ezgjan Alioski.

Wilshere, 28, casually offered himself up as a solution to the club’s floundering form in a response to Piers Morgan’s tweet after questioning his side’s form after Sunday’s stalemate.

The ex-Gunners star replied to Morgan’s tweet with an emoji, raising his hands.

Wilshere, who is now a free agent having left West Ham United last month spent 17 years at Arsenal where he came in through the academy at age nine, going on to make 197 senior appearances for the club.

However, the Englishman’s two-year stint at West Ham was plagued by injuries where he recorded only six Premier League starts.

Wilshere told talkSPORT he would be willing to join a club where he can play regular football as he makes a decision on his next destination.

He said: “Not that I have regrets that I went to West Ham because in my head things would have turned out differently. But this time I am going to take my time and find something that suits me.

“I want to go back on the pitch with a smile on my face and play 20 to 30 games a season where I am an important player for a team.”