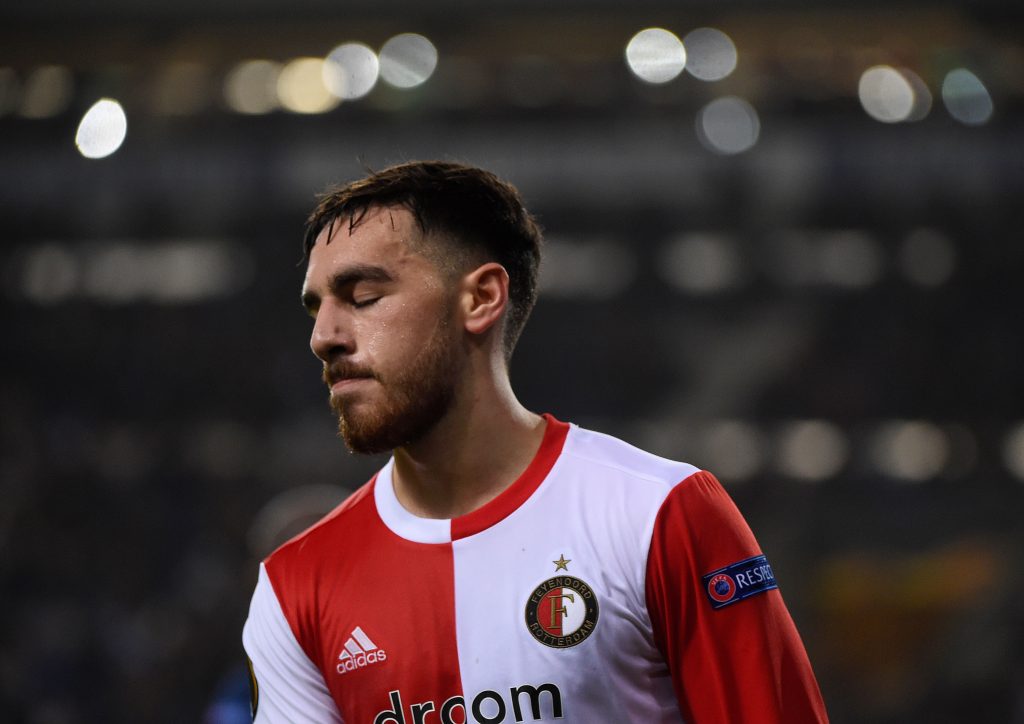 Jaap Stam has told Goal.com that Orkun Kokcu has the ability to play for Arsenal.

However, the former Manchester United and Netherlands international central defender has said that the Feyenoord attacking midfielder will have to adjust if he joins the Gunners this summer.

According to Sky Sports, Arsenal and Everton are interested in signing the 19-year-old attacking midfielder from Feyenoord in the summer transfer window.

The Daily Mail has claimed that the teenager has told his Dutch club that he wants to leave this summer, while Goal.com has reported that the Turkey Under-21 international is valued at £20 million.

Stam told Goal.com about Kokcu, having managed him at Feyenoord: “He would need to adjust because the step to Arsenal and the Premier League is totally different when you compare it to Holland. The pace of the game, the quality, the intensity is a lot higher.

“But he has the ability. He is a player who has the personality to want to improve, he always wants to do better. He’s never happy with himself, he’s disappointed if he doesn’t score, or his passes aren’t good enough.

“When I joined Feyenoord, he hadn’t played a lot because everyone said he was too young. I put him in the first team and let him play most of the games,

“I trusted him and saw a lot of ability in him. Now he’s proving himself in Holland and is one of the best midfield players in the country. He’s certainly got the ability to make that step to the Premier League.”

According to WhoScored, this season, Kokcu made 21 starts and one substitute appearance in the Eredivisie, scoring two goals and providing four assists in the process, and he has also provided two assists in five Europa League games.

Arsenal do have a very good attacking unit, but the Gunners need to think of the future.

Kokcu is only 19 years of age and he is far from the finished article, but the teenager has a lot of potential and abundance of quality.

If Arsenal are able to – or wiling to – spend £20 million on a single player this summer despite the economic uncertainty caused by the coronavirus pandemic, then they should seriously look into securing the services of Kokcu.