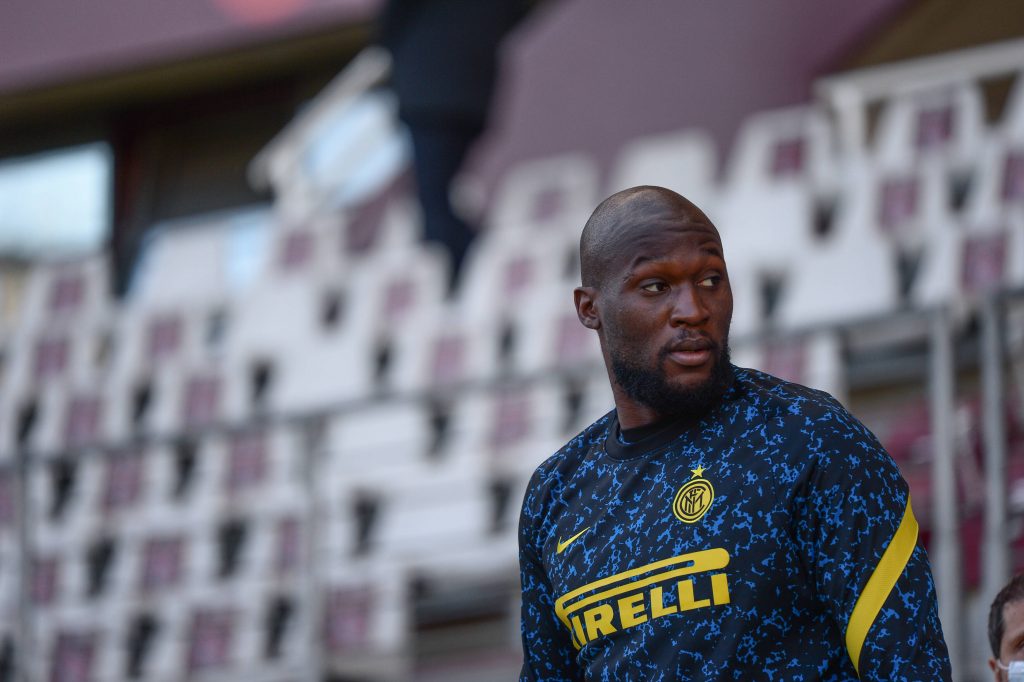 Inter Milan could demand around €120 million to part ways with Romelu Lukaku, who is on the radar of both Manchester City and Barcelona, Corriere dello Sport claims.

The Belgium international joined the Nerazzurri from Manchester United in 2019, and he has since impressed with 59 goals and 13 assists from just 85 appearances.

He has netted 19 times in 25 Serie A outings this term and has been pivotal to the club’s title charge. The Nerazzurri are presently top with a six-point lead over AC Milan.

His progress has caught the attention of both City and Barcelona, who are eyeing new strikers this summer, but the Nerazzurri may not sanction Lukaku’s sale easily.

The club are reluctant to part ways with Lukaku, but they need to balance their books before June 30 with a deficit of around €130-140m.

It is reported that they may have to offload at least one top player, and Lukaku could be available for a price of around €120m at the end of the season.

City will be actively searching for a world-class striker after they confirmed that Sergio Aguero will leave them when his contract expires at the end of the campaign.

They have been regularly linked with the services of Erling Braut Haaland of Borussia Dortmund, but he could cost a staggering fee of €180m this summer.

Lukaku has vast experience of English football, having played 252 times in the Premier League, and he could easily adapt on his return.

The Blaugrana are similarly on the lookout for a new centre-forward, having failed to replace Luis Suarez after his departure to Atletico Madrid last summer.

Lukaku will be 28 next month, but he is currently in the prime of his career, and his strong hold-up and link-up would suit the Blaugrana.

The Belgian has netted 25 goals in all competitions for Inter Milan this season.