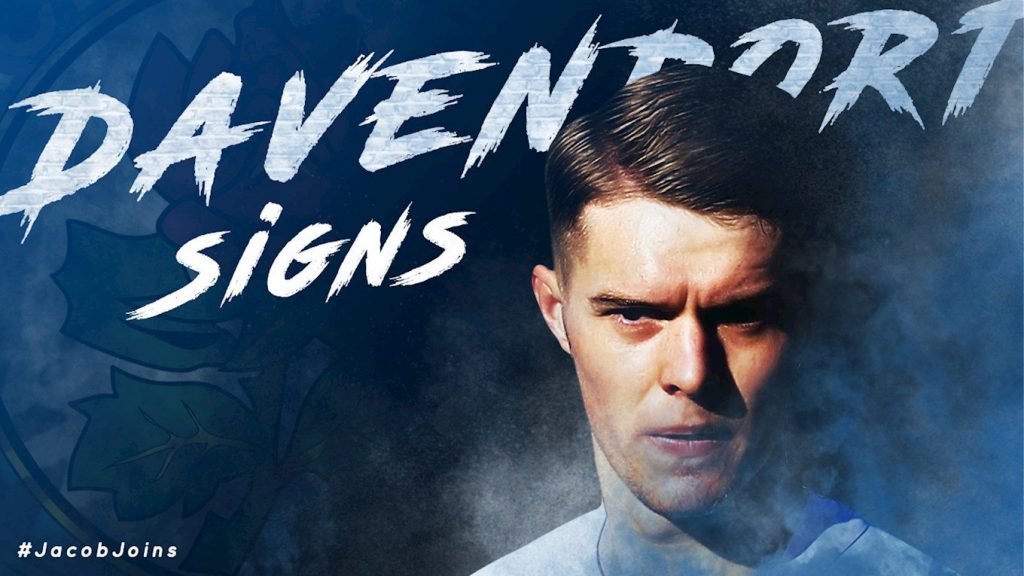 Blackburn Rovers confirmed the signing of Manchester City’s highly-rated midfielder Jacob Davenport on Monday and supporters are delighted with the news. The 19-year-old has signed a four-year deal at Ewood Park and will hope to develop into a regular first-team player during his time with the Rovers.

Incredible. Amazing to actually sign him as well not just get him on loan

Great signing…. a few more of these calibre please!!

Major upgrade IMO! Already had a spell in Championship too with Burton and didn’t look out of depth!

Good talent, Rotherham wanted him aswell but alot bigger clubs than us interested.

Ahh, excellent signing. One of our more promising youngsters, only hindered by injuries. Good luck, Jake.

Jacob Davenport is an excellent signing for Blackburn. The kid is class and excelled in a struggling team last season. Play to his strengths and you’ve got yourselves one hell of a player. #mcfc #Rovers #bafc https://t.co/uK5zXemx33

Davenport, an England u18 international, rose through the youth ranks to the fringes to the City first-team during his time at the Etihad Stadium. He made 14 appearances for the u18s, eight for the u19s and 23 for the u23s. However, he never managed to make a first-team appearance, likely due to the stiff competition for places in Pep Guardiola’s side.

With David Silva, Kevin De Bruyne, Ilkay Gundogan, Fernandinho and even Fabian Delph making up their midfield options, the likes of Davenport stand little chance of getting in ahead of the quintet. The teenager is no slouch, however, and was recognised by u23 manager Simon Davies as a future talent.

He was loaned out Burton Albion last season, racking up 17 appearances for the then-Championship side and will return to the second tier with Blackburn. Rovers manager Tony Mowbray admitted there were “certain clauses” in the deal as City didn’t want to rule out bringing him back to the club in the future or cashing in on a future sale to a big club.