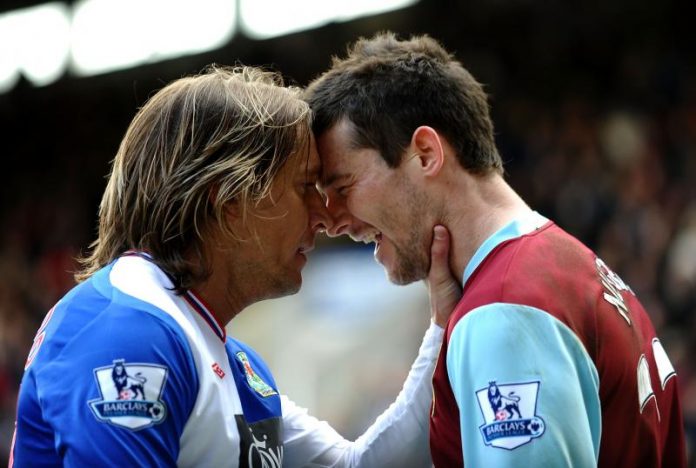 The early stages of the Carabou Cup – or the League Cup if you’re a traditionalist – often fails to get the pulses racing.

This year’s second round draw has thrown up some less than inspiring ties, with games such as Brighton versus Barnet and Stoke against Rochdale likely to feature plenty of second string players strutting their stuff in front of lots of empty seats.

However, the draw sparked plenty of excitement in Lancashire with bitter rivals Blackburn Rovers and Burnley drawn against each other.

While fans of Celtic and Rangers or Liverpool and Manchester United will argue their derby meetings are the fiercest, it’s safe to say there’s no love lost between two of the country’s oldest clubs.

Former United legend Mark Hughes perhaps summed it up best. As a veteran of derbies from Manchester, Merseyside, Munich and in Spain, the ex-Rovers boss was once asked to describe his experiences of battling Burnley.

Having ended a 35-year wait for a victory over Rovers with a 2-1 success at Ewood Park in March 2014, Burnley recorded two further wins on their way to promotion to the Premier League during the 2015/16 campaign.

Blackburn’s relegation from the Championship last season was greeted with glee by the Turf Moor faithful and the upcoming cup clash is likely to see a big turnout of fans from both sides of the divide.

Sportslens looks at the Twitter reaction to the news.

If We end up 1-0 down in last few minutes against dingles Tony Mowbray needs to sub on @David8Dunn for a 93min offside equaliser ?#Rovers pic.twitter.com/ztRp3ksMFB

Please please please if we do nothing else this season, let's tank the Dingles #brfc #rovers

@BurnleyFCPolice looking forward to the party atmosphere for Burnley at Ewood.

Wonder if #Rovers fans will boycott the cup game? @BlackpoolFC fans stood by their principles and boycotted Wembley. #twitterclarets

If Dyche doesn't field a full strength team against B*stards there will be riots.. I hope he knows that. #twitterclarets

Here it is, in full… pic.twitter.com/UsGgA2wfX2