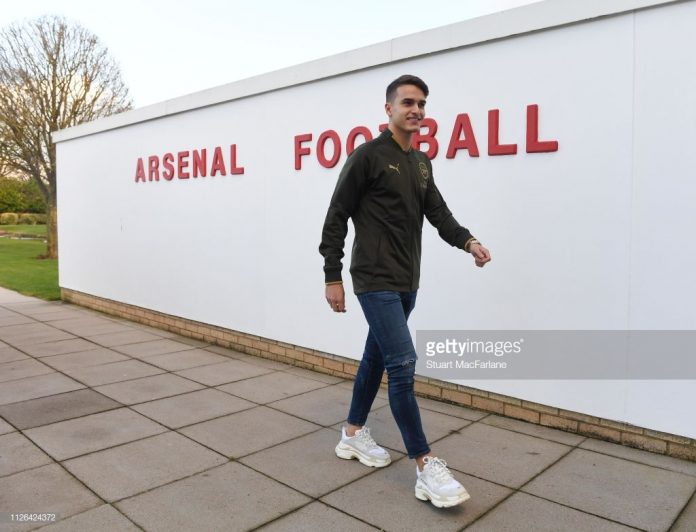 Arsenal travel to face Manchester City at the Etihad Stadium on Sunday, and the outcome of the game will have a huge say on the fates of both teams.

The hosts are looking to close the gap between them and league leaders Liverpool, while the visitors desire to finish in top-four after moving to fourth position during the midweek.

Arsenal secured the loan signing of Denis Suarez from Barcelona on transfer deadline day and manager Unai Emery could immediately throw the Spanish midfielder into action against City.

Gunners legend Ian Wright believes the team could do with more goals from midfield, and he has tipped Suarez to help improve the side’s creativity.

“What I like about Suarez is he’s a capable and very good player. Unai knows him very well from their time at Sevilla and they won the Europa League together which is a good thing,” Wright said on his official YouTube channel.

“I know he’s not played a lot for Barcelona, but he’s a player that the manager wants. When a manager wants you, that kinda gives you a lot of confidence. It’s what he wants, so you’re hoping that him playing in midfield, and he can play on the wing, diminutive, good skills, you’re hoping that he can come and make a difference in respect of creativity for us.

“Because that’s what we need. Because at the moment you feel if they can keep Laca or Aubameyang quiet, then I’m not sure where our goals are coming from.”

Given how impressive City have been (despite losing four league games thus far), Arsenal will have to be perfect to get all three points.

Wright believes Arsenal constantly getting into the faces of the players could force the defending champions to run out of ideas, and that being resolute and hanging in there like Newcastle did could get them a result.

However, he’s hoping for a draw and has predicted one.

“If we can get a point at City, I think that will be brilliant. And hopefully shock people by ending in the top four at the end of the season,” he continued.

“I’m gonna go for a draw today because that’s what I want.”