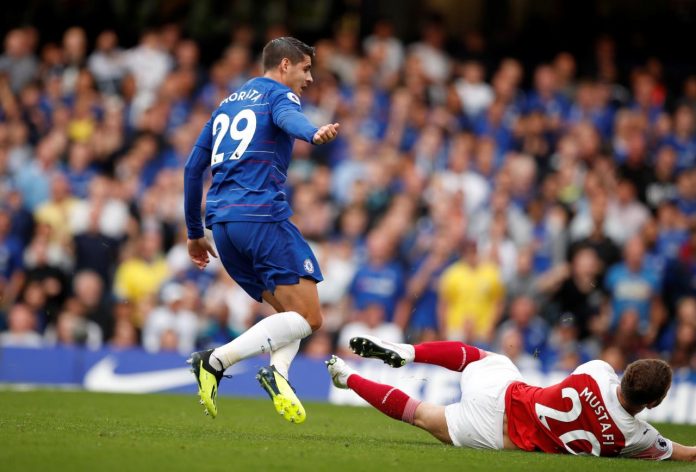 Arsenal have only won one of their last 10 Premier League encounters against Chelsea ahead of this evening’s clash between both London teams.

The north London side currently trail their west London counterparts by three points, and they need to secure a win if they are to keep their hopes of finishing in top-four alive.

Arsenal lost 3-2 to Chelsea during the reverse fixture at the Stamford Bridge in August, and manager Unai Emery will be looking to make amends this time out in front of the home crowd.

Given the Gunners’ struggles against the Blues, Arsenal legend Ian Wright believes Chelsea and their talisman Eden Hazard enjoy playing against the north Londoners due to a huge weakness.

“Chelsea do enjoy playing against us, we seem to give them a lot of space,” Wright said on his official YouTube page.

“Eden Hazard, I’ve heard, as well does like playing against us. He does get a lot of space.”

With 10 league goals and 10 assists to his name already this term, the Belgian is in sparkling form at the moment and could hurt Arsenal if he is allowed plenty of spaces as usual.

Given the hosts’ defensive shortcomings – which have seen them concede 32 league goals already – it remains a huge doubt if they can keep a clean sheet against the visitors.

However, putting in a perfect performance at both ends of the pitch will boost Arsenal’s chances of getting their second league victory over Chelsea in 15 games, and all eyes will be on them to see if they can do just that.