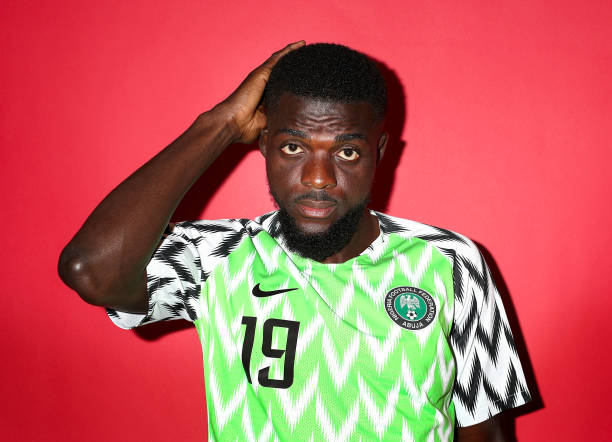 Arsenal are one of the biggest football clubs in the world and many professional footballers dream of playing for the north London side.

The 30-year-old took to Twitter to express his desires to one day play for the Gunners in pidgin English.

The day God go do my own dey come as e do Kelvin Boateng own to Barcelona . Baba God Na your hand I dey. Na Just @Arsenal ????

“My own big break is coming after Kelvin Boateng secured a move to Barcelona. God please I want an Arsenal move.”

Ogu is a regular with the Super Eagles of Nigeria having featured on 23 occasions for the west Africans, and he was part of their last World Cup squad to Russia.

The defensive midfield powerhouse is a fans’ favourite at Be’er Sheva, and he has featured in 203 games, scoring 17 times since arriving in 2014.

Ogu has helped the Israeli side to three Israeli Premier League titles and Israel Super Cups.

The Nigerian has huge playing experience across Europe having featured for the likes of Academica, Leiria, Atlético CP, Almeria and Drava Ptuj.

Given the current crop of Arsenal midfielders, it remains to be seen if Ogu has what it takes to feature for Unai Emery’s side, and with age not on his side, it will take a lot of divine intervention for his childhood dream to come true.