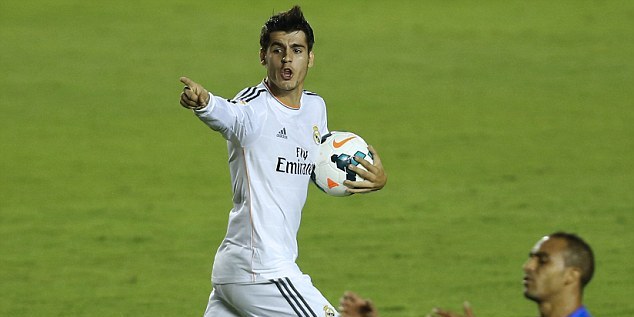 Speaking on SkySports’ Revista de La Liga on Tuesday night, Balague claimed that the 21-year-old attacker, who was linked with a move to Arsenal for almost the entirety of last month’s winter transfer window, is set on a summer switch to North London, but that the move hinges on the clubs agreeing a fee.

Morata has agreed to join Arsenal IF, I repeat IF, I insist IF, clubs agree fee. He will push for Madrid to accept Arsenal’s offer

The move seemed to have been on last month, with a number of reports claiming the Spaniard had signed on loan for Arsene Wenger’s side, only for the youngster to declare his allegiance to Los Blancos days later.

But now it seems that this story has life in it yet, with La Liga expert Balague putting his weight behind an impending move.

What do you think? Should the Gunners bring in Morata? Let me know in the comments below…