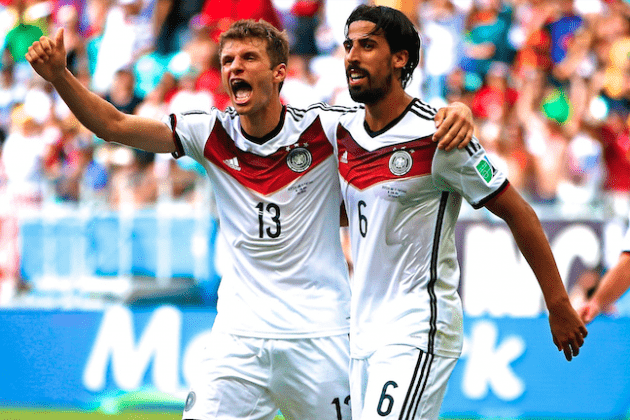 Holders Germany enter the 2018 World Cup with their usual swagger and confidence, with Joachim Low’s men looking to become the first nation to defend the trophy since Pele’s Brazil achieved the feat in 1958 and 1962.

While many of the older heads from the group that claimed glory in 2014 have retired or been omitted this time round, the European nation have a frightening amount of strength in depth.

With experience, rising stars and a steely competition mentality, anyone that beats Germany will have a spectacular chance of winning the tournament.

It is difficult to pinpoint any weaknesses in Germany’s 27-man preliminary squad and Low has a job on his hands to cull four more players before heading to Russia.

The holders have a host of options in midfield and attack, while three of the Bayern Munich back four look likely to start for their nation – as will club team-mate Manuel Neuer if he is fit.

Mario Gotze, who scored the winning goal in the 2014 World Cup final against Argentina, has not made the cut due to inconsistency and injury at Borussia Dortmund.

The skilful forward is joined by Emre Can, Shkodran Mustafi, Sandro Wagner and Andre Schurrle in not being included by Low.

Many expected the national manager to step down from his role and try his hand at club level after triumph four years ago, but instead the long-serving trainer has extended his contract ahead of the showcase in Russia.

With an intimate knowledge of the players at his disposal, the 58-year-old will look to write himself into the history books by retaining the World Cup this summer.

Low is not afraid to make big decisions regarding player selection and it will be interesting to see the make-up of his final starting XI.

Germany will play with a back four in a fluid 4-2-3-1 formation and look to dominate possession against almost all opposition.

The side’s full-backs have licence to get high up the pitch, while a defensive midfielder or two such as Toni Kroos and Sami Khedira will anchor the midfield.

In the final third, just where Thomas Muller operates will determine the make-up of the other attacking elements.

The Bayern star has the ability to play as the furthest man forward or start from a flank, while Mesut Oil is almost guaranteed a place in the side in the number ten role.

This will leave the likes of Marco Reus, Julian Draxler and Leroy Sane to fight it out for a berth in this impressive team.

While the Real Madrid deep-lying playmaker is not perhaps the biggest name in the squad, Kroos is a nailed-on starter in the Mannschaft starting XI.

The central midfielder’s vision, range of passing and positional discipline are essential to the way the Germany side works – he is the metronome of the team’s possession play.

With a track record as a serial winner at club and national level, Kroos will be tasked with leading by example from the heart of the side like Bastian Schweinsteiger did four years ago.

The Bayern Munich utility man has propelled himself into the limelight over the last 24 months and will almost surely fill the right-back role for Germany this summer.

Despite having the quality to play in other positions, Kimmich’s pace, ability on the ball and delivery will make him an excellent attacking weapon for Low’s team.

Filling the shoes of Philipp Lahm is an unenviable task, but the 23-year-old has all the attributes to have just as successful a career as his esteemed countryman.

While other sides will be quietly confident of winning the tournament ahead of the action starting, Germany are the team to beat.

Given the amount of star names that have left the national set-up over the last four years, this squad has a whole new look to it.

However, the current crop are arguably more gifted than the world champion outfit from 2014 and as such overcoming them will take a superhuman effort in Russia.