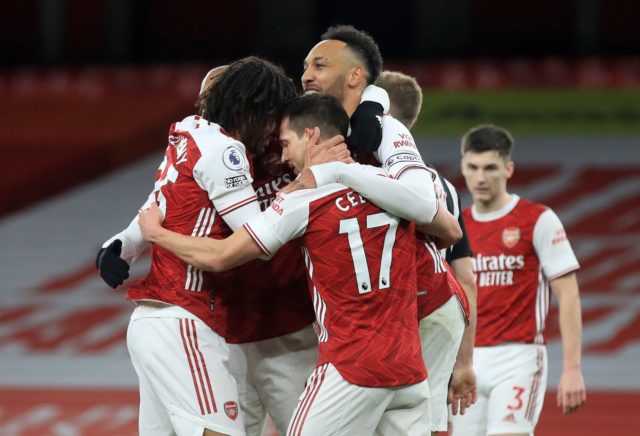 The Gunners won 3-0 against the Magpies on Monday night to move up to 10th in the Premier League.

Aubameyang scored twice and Bukayo Saka added another as Mikel Arteta’s side picked up all three points at the Emirates Stadium.

The 31-year-old striker scored 29 goals in all competitions last season, but he has struggled to hit that kind of form this time around.

Lineker, however, has praised him on Twitter using a common adage:

Great goal from @Aubameyang7. Form is temporary, class is permanent.

Just a month ago, the Gunners were struggling badly in the league, failing to win seven games in a row.

However, it seems they have turned it around, with four wins in their last five Premier League games.

Aubameyang has now taken his league total to five for the campaign and Arteta will be very pleased to see him returning to form.

The Gabon striker missed some good chances during the game but, in the end, it was a comfortable victory for the home side.

The Gunners enjoyed 66% of possession and attempted 20 shots during the game, according to BBC Sport.