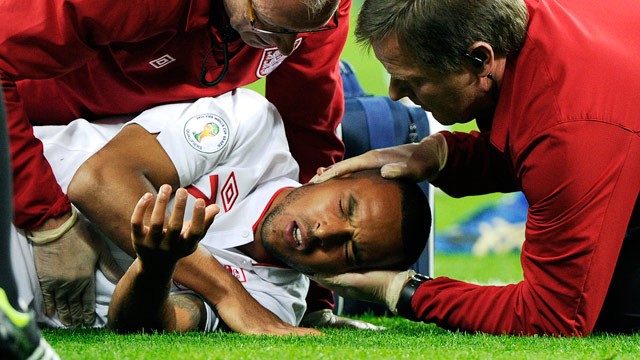 If nothing else, then be sure of this, sometime between now and the weekend, at least one Premier League manager will be declaring his rage at meaningless international friendlies as one of his star players returns from national team duty with an injury. Cynical? Not really.

Looking across the whole Premier League spectrum there will be huge chunks of club’s first team squads disappearing off to all corners of the globe. Some will be playing in games where managers are looking to finalist squads for Brazil in the summer others will be trekking to play in games that will bring lucrative advantage to their national associations, but only worry to their club managers. Leading the charge has often been Arsenal manager Arsene Wenger.

Back in early 2008, he launched an attack on the concept of international friendlies, declaring that “That is one (round of international friendlies) you could do without. I think that if you did a poll of all the clubs involved in the Champions League I wouldn’t be surprised if 100 per cent of them said let’s get rid of it.” Almost five years later, he hadn’t changed his mind. “It is bad for us. I would prefer that the team stays here and prepares our next game,” he said.

It is of course a very insular view but none the less understandable for that. Clubs of course pay players wages and whilst FIFA has this diktat that clubs are bound to release players for international call-ups, regardless any supposed importance – or otherwise, there will always be these divergent views. It is also inevitable that some managers will be tempted to play the ‘calf strain’ card, oft used in the past by a celebrated manager to excuse a particular player from international call-ups, but many others have surely used the same ploy. Putting the aspirations of their employers ahead of any perceived international requirements cannot be discounted, especially as many Premier League managers at the moment have no commitment to particular countries anyway when it comes into conflict with their clubs.

Many international managers now seek to mitigate this by entering into fairly unofficial agreements to only play certain players for an hour, or perhaps half of a game. Injuries however can happen at any time, so it is not really a solution.

Sadly for clubs, it’s an inevitable truism that the top international players, will always be called up and will always be the key players at clubs, meaning that the risk of injury is always highest to their most valued asset. With no solution in sight to the dilemma, the club manager sitting by his ‘phone hoping it will not ring with bad news, is set to continue for a while yet.