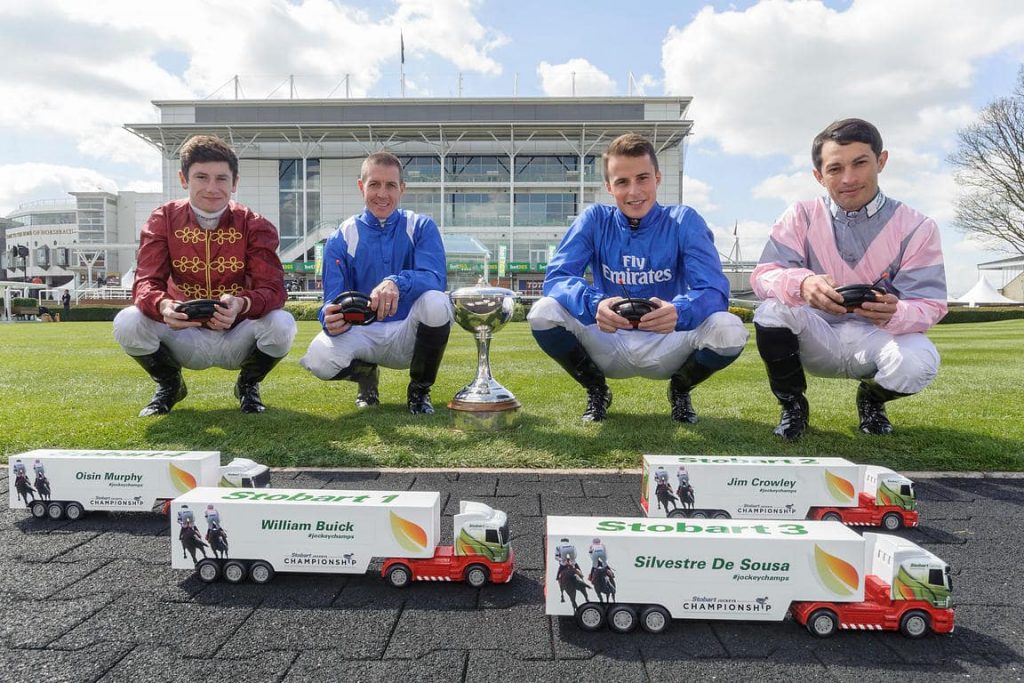 William Buick and his bid to win the UK Flat Jockeys Championship 2021 from Oisin Murphy goes down to the final day, British Champions Day.

Retained by powerful global owners Godolphin, Buick has enjoyed a number of rides outside the Charlie Appleby operation in Newmarket during recent weeks and months. Murphy, a two-time winner of the British Flat Jockeys Championship himself, rode a double at Haydock on Friday ahead of the Ascot finale that puts him three ahead of his rival.

There are more William Buick rides on British Champions Day than Murphy mounts on the card. Trailing 153-150 going into the final day of competition, the Flat Jockeys Champions odds heavily favour the Irishman completing his hat-trick. This is because of a paucity of fancied runners for both riders.

Murphy has made headlines for the wrong reasons recently, failing a breath test that caused him to be stood down from riding only last Friday. This follows a suspension for a failed drugs test towards the end of last season. He has apologised for his indiscretions.

Many within British Flat horse racing hoped Buick, who has ridden four Group 1 winners in the UK this season, could wrest the Flat Jockeys Championship from Murphy. The controversy surrounding the champion-elect doesn’t exactly work wonders for the image of horse racing and its wider public perception.

However, the British Flat Jockeys Championship 2021 is one Oisin Murphy has all but earned. His only Group 1 successes this year came aboard Alcohol Free for the Andrew Balding stable that gave him big break in the UK. However, it is on standard days of horse racing where the title is often won and lost.

The table below lists Oisin Murphy rides and Buick mounts on British Champions Day. While Murphy only gets the leg-up on four horses, his opponent has five to climb into the saddle. It is theoretical possible that Buick could still claim the Flat Jockeys Championship, but Murphy can probably rest easy knowing the title is his again.

Leading Irish bookmakers Boylesports were the only firm offering Flat Jockeys Championship odds in the immediate aftermath of Murphy’s Haydock double on 15 October. They went 1/10 about the Irish rider taking the title for a third time. Buick was an 11/2 chance.

That shows you the enormity of overhauling Murphy with the book of William Buick rides at his disposal. There are reasons both for and against each of his three rides for retained owners Godolphin and the Appleby yard. Creative Force shaped better over further than the 6f distance of the Champions Sprint Stakes, for example.

Master Of The Seas just missed out on 2000 Guineas glory back in the spring, but shaped as if needing the run behind Benbatl in a Group 2 last time out. There may be more to like about the one Oisin Murphy rides in the Queen Elizabeth II Stakes, Alcohol Free.

Adayar comes to British Champions Day on the back of a gruelling race in the Prix de l’Arc de Triomphe just 13 days ago. That may have left its mark. Buick’s other rides in the Long Distance Cup and Balmoral Handicaps are relative outsiders.

Murphy doesn’t have a ride in the QIPCO Champions Stakes this year. It may be all over by then anyway, if Buick ride two winners from his first three mounts. Dragon Symbol has been an unlucky horse, so Murphy will be hoping to end the campaign on a high with Archie Watson’s sprinter in the Champions Sprint.