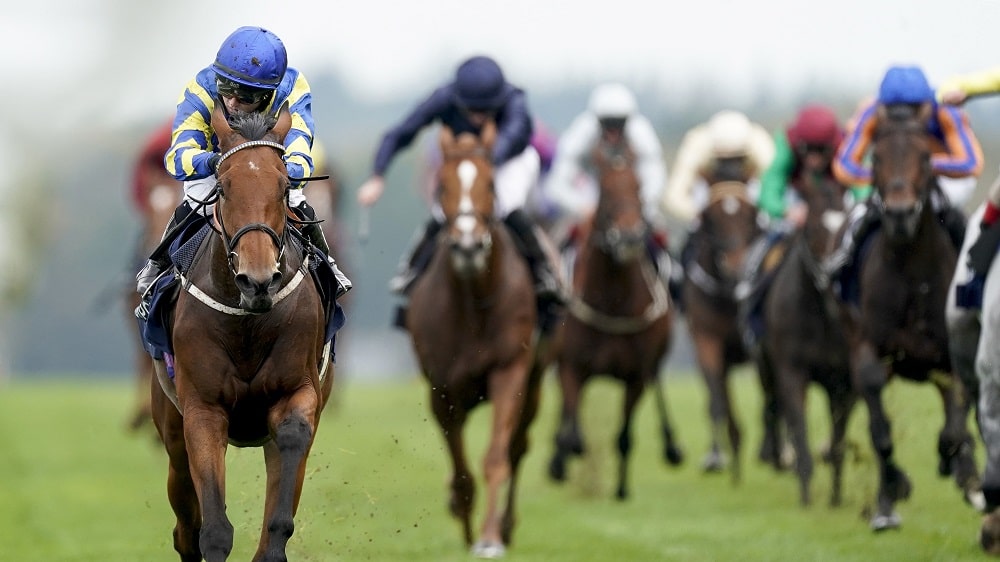 By far the most prestigious Ascot Champions Day races are the Queen Elizabeth II Stakes for milers (3:10) and the QIPCO Champion Stakes (3:50). The first of those events pits Palace Pier against three-year-old challengers Baaeed and Alcohol Free.

In the 1m 2f Champion Stakes afterwards, Mishriff tackles Adayar in another battle between generations. This lies at the heart of all Flat turf horse racing in Britain. Here, the SportsLens experts look at the QIPCO British Champions Day supporting card with selections for three other Group races.

A much anticipated rematch between Trueshan and Stradivarius just two weeks after clashing in the Prix du Cadran at Longchamp. This 2m Group 2 Long Distance Cup race hasn’t been kind to the latter over the year with just one win in four attempts. The concern with 2020 victor Trueshan is drying ground won’t suit. It could pay to side with younger, fresher legs here.

Hamish hasn’t been the easiest to train, but is two from two over 1m 6f and lightly-raced for his age. Trainer William Haggas will be hoping for a memorable QIPCO British Champions day with chances in the co-feature races later on. Hamish, the winner of the September Stakes at Kempton on his belated reappearance, is 6/1 with Betfred who pay four places. This looks a free each way bet.

The other play against the top two could be Irish St Leger third Baron Samedi. He won over this trip in the USA in the Belmont Gold Cup for Joseph O’Brien. Baron Samedi, a four-year-old, stayed on and hit the frame last time out. The son of Harbour Watch is versatile as regards ground, so 8/1 with Parimatch who also pay on fourth place is worth considering.

Back Baron Samedi with Parimatch

A competitive and trappy renewal of the 6f Group 1 Champions Sprint Stakes with plenty in with chances. The usual suspects including the unlucky Dragon Symbol and recent Curragh winner Art Power are prominent in the betting. Rohaan is two from two over course and distance, so this is bound to have been a target. David Evans books Ryan Moore for the ride, which may be a tip in itself.

Godolphin’s Creative Force and Ralph Beckett runner Kinross, who has Frankie Dettori in the saddle again, have form over further. That would normally be a plus if the ground at Ascot Champions Day came up testing. It looks like unseasonably drying conditions, however. Owen Burrows has the eye-catching Minzaal who finished second over the minimum trip here last time out following a long lay-off. He could be anything stepping back up in trip for QIPCO British Champions Day with smart juvenile back form.

One getting weight from the market principals is Richard Hannon’s three-year-old filly Happy Romance. The daughter of Dandy Man represents the best of the Haydock Sprint Cup form and was only beaten by a length in fourth. She finished in front of Art Power, Creative Force and last year’s Champions Sprint Stakes scorer Glen Shiel that day. With bookmakers paying extra places, Happy Romance is a 20/1 chance with Bet365.

Back Happy Romance each way with Bet365

Epsom Derby heroine Snowfall is odds-on for the 1m 4f Group 1 fillies and mares race on QIPCO British Champions Day this year. Her trainer, Aidan O’Brien, has won this contest twice in the last four years. Snowfall’s form, which also includes victories in the Musidora Stakes, Irish Oaks and Yorkshire Oaks, sets a clear and obvious standard. However, she disappointed on two starts in France including when sixth in the Arc. Coming here off the back of a tough race will be difficult.

There are fresher fillies and mares. While it’s disappointing to see La Petite Coco not come from Ireland, Andrew Balding’s new recruit Invite takes a big step up in grade. She beat older geldings in the Stand Cup at Listed level around Chester last time out. There may be more to come. Beckett’s Albaflora got within four lengths of Snowfall at York, meanwhile. She now meets the winner on 3lb better terms, which may bring them closer together.

Albaflora, a four-year-old grey is the only course and distance winner in the line-up. Eshaada has seen the form of her Ribblesdale Stakes second franked by the winner, Living Dream, who scored on Arc weekend. Roger Varian’s filly ran no sort of race at all behind Snowfall and Albaflora, though, so the safest option is the latter. She is a free each way bet at 5/1 with 888Sport.

Back Albaflora each way with 888Sport