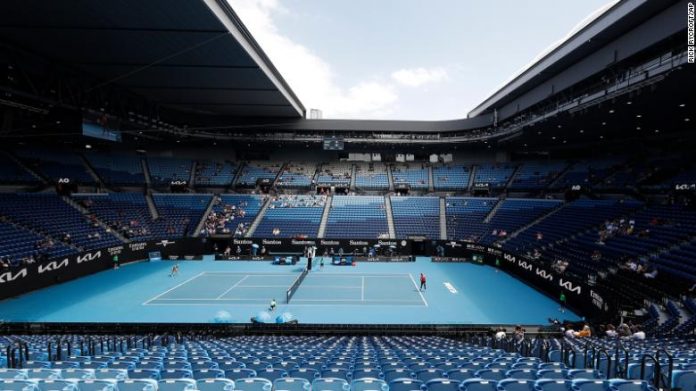 The rarefied air of the Rod Laver Arena in Melbourne seems to do wonderful things to some and reduce others to a mere shadow of themselves.

Whether it’s the hot temperatures or the rapid speed of the courts, some players absolutely thrive in the Australian Open and others… well, very much don’t.

The unique conditions will always play into the hands of the big servers and those with booming groundstrokes – finishing rallies early is key in the Melbourne heat. Unless you are Novak Djokovic, of course, and you sado-masochistically love grinding out long rallies in 30˚C heat.

There will be a changing of the guard in men’s tennis soon – Nadal, Federer and co simply can’t go on forever, while in the women’s game there is a clear opportunity for a new star to emerge.

So who will dominate this tournament in years to come? Here are five players who could outperform within the next few seasons.

You have to go back to 1976 to find the last time that Australians had a home winner to cheer in this event.

Many pretenders have come and gone since then, and only time will tell if Alex De Minaur is able to buck that trend – he was a rather long 50/1 in the tennis Australian Open odds at the start of the competition.

“I’m very happy to be back here. … I’m really looking forward to playing my best tennis in front of my home fans.”

There’s no place like home for @alexdeminaur, who is determined to build on his career milestones at AO 2021. #GoAussies #AusOpen https://t.co/RCsglNYPOm

But at 21, he clearly has time on his side and the right-hander has already dropped plenty of hints that he has the game to be a major champion.

De Minaur was a finalist of the junior Wimbledon event and, while climbing the ranks of the senior game, he has won titles at all levels – that includes four ATP Tour trophies, a collection which is sure to grow.

Whether he can live up to the high expectations that the home crowd will place upon him remains to be seen, but De Minaur looks to be the best prospect that Australia have had in quite some time.

The American fits the bill as your classic hard court player – he possesses a huge serve, but at 6ft 4in he’s not the most graceful of movers around the baseline, and so he favors keeping points as brief as possible.

At 23, Fritz is still very much at the beginning of his career, but he’s already featured in five ATP Tour finals and reached the third round of this tournament and the U.S. Open, so his progression is tangible.

While a tad one-dimensional, Fritz fits the bill as a future Aussie Open champion and, as a Californian, the scorching temperatures in this part of the world won’t faze him.

Followers of such things will note that Felix Auger-Aliassime has lost in all seven of the ATP Tour finals that he has reached but, once he gets off the mark, you suspect the Canadian will go on to enjoy plenty of success.

At the age of just 20, he has reached the third round of three of the Grand Slam events, and his game is well suited to hard courts – indeed, while being able to match the power game of most, he also possesses the balletic movement of a Djokovic along the baseline.

A junior US Open winner, Auger-Aliassime has the tennis world at his feet, and the hard courts of Melbourne should prove to be a happy hunting ground for him in years to come.

What is interesting about Aryna Sabalenka is that she is already a Grand Slam champion, albeit in the women’s doubles at the U.S. Open in 2019.

But she has plenty of big match experience even at the sprightly age of 22 and, as her performances in singles improve, the omens for the Belarussian are very good indeed.

Into the fourth round of the Australian Open in 2021, the sky is the limit for Sabalenka.

Coco Gauff was progressing to the fourth round of the Australian Open in 2020, and that followed excellent showings at Wimbledon and the U.S. Open as well.

Trying to predict how young players will fare in sport, in the long run, is particularly tricky – there are as many who burn out early as go on to dominate, but in Gauff’s favor is that she seems to be very humble, grounded and surrounded by very supportive people.

It helps that she’s already an excellent tennis player, too! And Gauff, like the other stars on this list, should enjoy life in the Australian Open for many years to come.