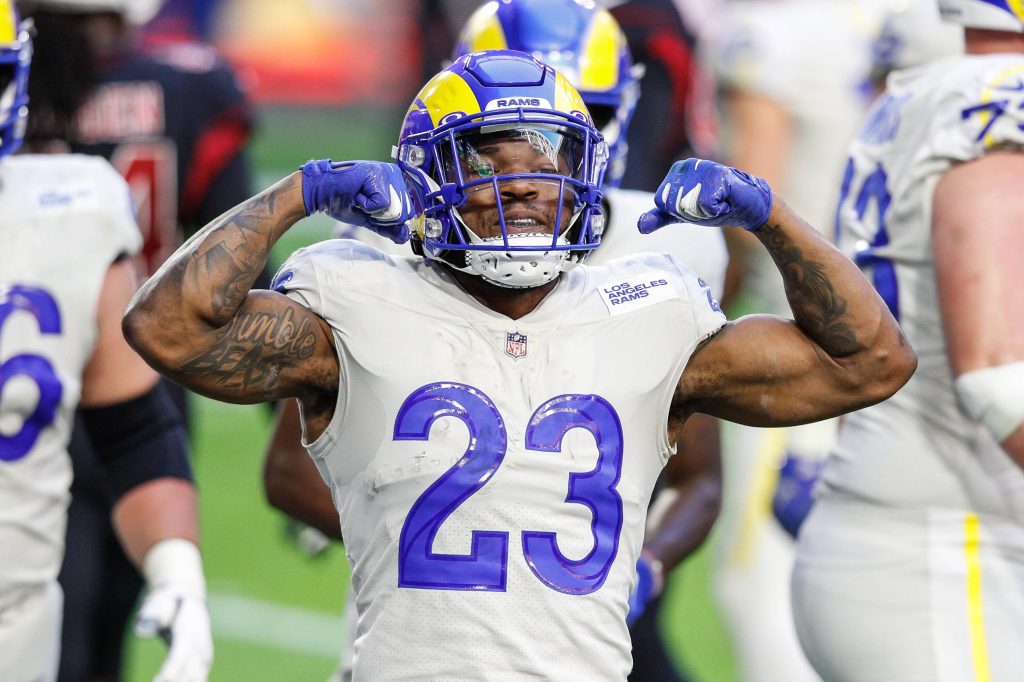 The Los Angeles Rams have lost their sophomore running back Cam Akers for the entirety of the 2021 season after he tore his Achilles.

According to NFL Network’s Tom Pelissero, Akers suffered the injury during a training session, a week before the Rams training camp was due to start.

Akers was the leading rusher for the Rams in his rookie season in 2020. He racked up 625 yards on 145 carries with two touchdowns.

Rams head coach Sean McVay appeared on ESPN LA 710 to state his feelings on the injury.

“You just feel so bad for him because he’s doing everything right,” McVay said.

“It’s a bummer, but you put your arm around him. You support him.”

McVay went on to comment on their plan for Akers’ replacement.

“We’ve got some young backs on our roster that I’m intrigued about seeing how they handle this opportunity,” he added.

Henderson is the most experienced, acquiring 771 yards on 177 carries with five rushing touchdowns.

He is also effective in the passing game with 196 yards on 20 receptions with a single score to his name.

This is a huge loss for the Rams as they have lost their leading rusher and a huge part of their offence going into the 2021 season.

This injury will give players like Henderson and Jones the opportunity to show what they can do, which could be a good thing for the Rams.

New quarterback Matthew Stafford will improve the Rams passing game and will help take the pressure off the inexperience in their run game.